Locals near the site of a reservoir planned for central Wellington say it will be a disaster for a stream that's home to native fish. 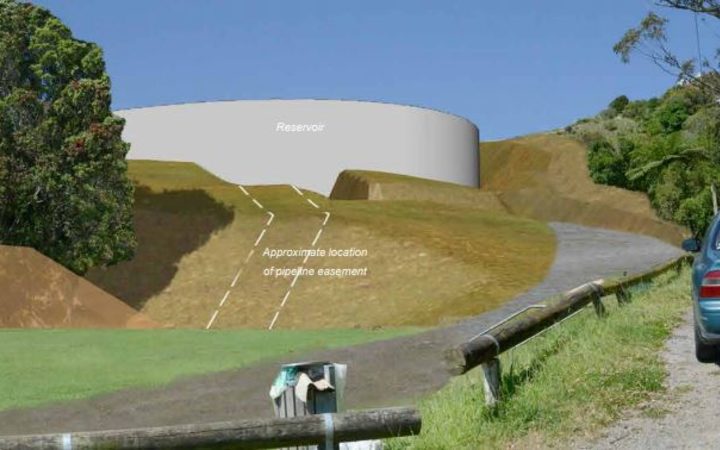 An artist's impression of the reservoir during construction. The reservoir will be covered over and planted when it is complete. Photo: Wellington City Council

An independent panel has recommended the 35-million-litre reservoir in the suburb of Mount Cook go ahead.

The council considers the new reservoir a crucial part of its resilience strategy.

If water pipes were broken in a large earthquake, it would extend the supply of water in the city from less than a day's worth, to 48 hours.

The project was given a preliminary green light by the panel today but it still needed to be ratified through the council's 10-year plan.

Mount Cook resident Frank Cook said the reservoir could destroy one small stream and badly damage a larger one.

The stream was home to koura and banded kokopu, and koaro were also discovered there, he said.

The waterway was a remnant of the Waitangi Stream and important to Wellington, Mr Cook said.

Councillor Iona Pannett said the project was vital for the city and its impact on the area would be mitigated.