Re-entering Pike River Mine should not be too difficult, a former chief mines inspector says, after a meeting of 31 experts near Greymouth. 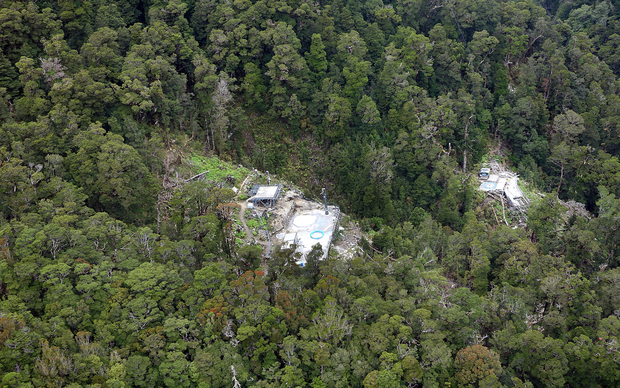 The four-day meeting was set up by the new Pike River Recovery Agency to explore how best to recover the remains of 29 who died inside the mine after an explosion in 2010.

They announced after the meeting ended yesterday that it should be safe to enter the mine, without breathing apparatus, if they can fill the mine with nitrogen to neutralise potentially explosive methane.

Mr Forster told Morning Report the size of the mine meant filling it should be relatively easy.

"The mine's not particularly big in terms of, you know, its cubic capacity it's around about 175,000 cubic metres and around about 100,000 of that is the drift itself.

"So the inner mine workings ... in terms of compared to an operational coal mine Pike River's actually a very very small mine."

He said the use of nitrogen was always going to be a preferred option.

"That amount of nitrogen is not exceptional at all and it could be tankered in or it more likely it will be a ... device taken up there will manufacture nitrogen on site and will be used to inject the nitrogen on the site."

He wanted to be one of the people to go back into the mine, saying he would never ask anyone to do anything he was not prepared to do himself.

"I've made that offer before and I'm quite happy to do it now. I'd never put my own life at risk and I certainly wouldn't ask anybody else to put their life at risk," he said.

"Knowing the people involved, knowing the characters involved, the quality of the people, the engineers, and knowing the way in which these risks can be managed the only unknown for me would be knowing the condition of the drift and the only way we can know that for sure is to examine it."

He said most of the risks could be dealt with.

"So there are hazards and they do need to be managed.

"This project is about re-entering the drift, recovering various items and evidence and hopefully human remains. the exercise itself is largely a ventilation exercise and most of that could be done remotely on the surface."

He said he had not seen the final plan but expected it would ideally be a fresh-air entry with breathing apparatus only as a precaution, followed by a systematic examination of the tunnel.

He said the recovery agency would of course have the final say on who would go into the mine.

"It would have to be composed of people who are going to be able to provide the technical skills and ultimately the forensic capability to recover, from an evidentially secure point of view, any physical evidence of the electrical equipment, any cabling and any human remains that are found."