A wave of purple balloons has descended on the capital, as hundreds of midwives march to get fair wages and working conditions. 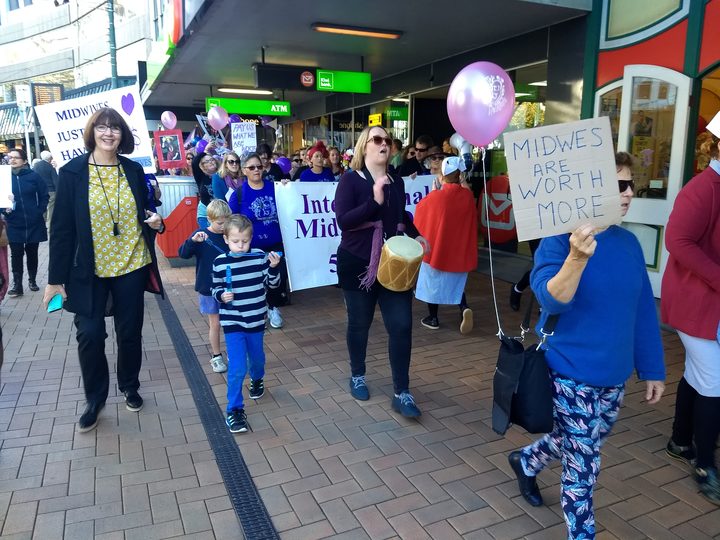 They're at Parliament where organisers will soon hand in a 13,000 signature petition and hundreds of letter to Health Minister David Clark, for urgent action in this upcoming Budget.

Marches and rallies are underway throughout the country in 11 cities and towns from Auckland to Wanaka.

Campaigners say something must be done to stem the tide of midwives being driven from the sector by decades of underfunding.

A new payment structure was negotiated with the previous government early last year but midwives say it needs to be fully funded in the upcoming Budget.

Organiser Charlie Ferris said currently midwives rurally commonly make as little as $7 an hour and $12 in the main centres.

She said it was not uncommon for her to work 80 hours a week, without travel costs or overtime.

RNZ's reporter at Parliament Charlie Dreaver said although the mood was festive with people dressing up, chanting and forming flash mobs, the message was a serious one. 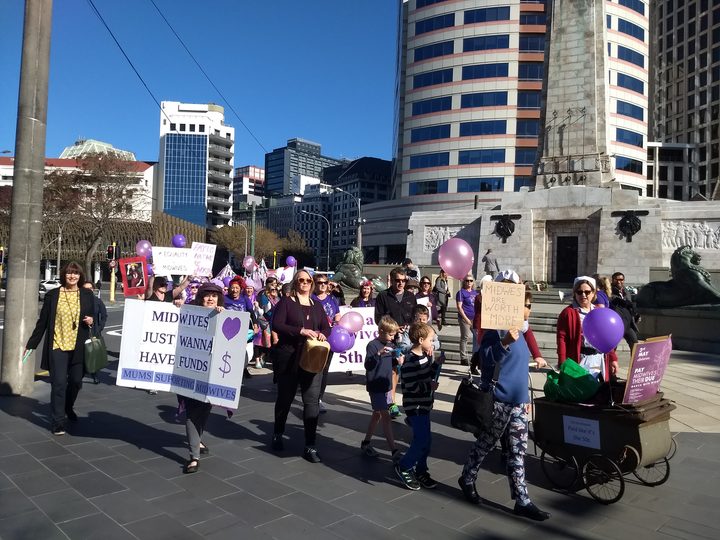