The mayors of Taupō, Rotorua and Ruapehu District will today meet with Health Minister David Clark over the possible loss of rescue helicopter services in the region. 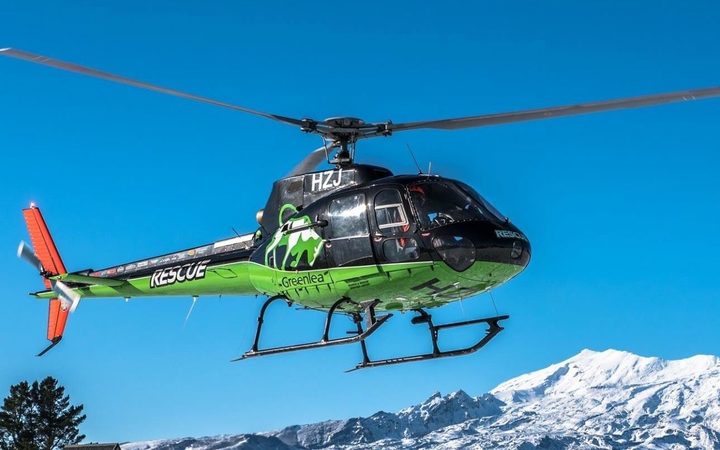 Under a proposed re-design of the national air ambulance service, the central North Island would be left without helicopter bases, meaning it would have to rely on choppers coming from Taranaki, Hamilton, Tauranga, Napier or Palmerston North.

On Saturday, about 500 people turned out to a public meeting in Rotorua about the future of the rescue helicopter service.

The city's mayor, Steve Chadwick, said locals were very worried about the prospect of losing it.

"You can't just by the crow flies say it's so many minutes to get to a response because there are very tricky weather conditions around the mountains, we've got lakes here, huge forestry tracks and isolated rural towns so I don't think they've looked at it properly."

Ms Chadwick said she would be asking officials at today's meeting why Rotorua was left out of the proposal.

"We've all felt a bit left in the dark about it, so we'll do what we can to be either re-introduced to the tender process or somehow be considered in this national approach.

Last Monday, in Taupō, about 1000 people marched to protest the withdrawal of the rescue helicopter from the town.

The mayor, David Trewavas, said he'll be making a strong case to the health minister about why Taupō needs the service.

"I'm going to just lay the map out and just show them where the big gap is - it's quite easy to see," he said.

The rescue helicopter in Taupō services a big area, including the Central Plateau and further north towards Te Urerewa.

The mayor of the Ruapehu District, Don Cameron, said about 200 rescue missions were flown in the area each year - many of them to the Tongariro National Park.

He said in those situations, fight time was crucial.

"To date, on those missions, no one has died coming off the mountain, because of the time it takes to get there, generally people with hypothermia are taken off, treated and discharged," he said.

"But what will happen is the extra flight time [coming from bases further away], you're talking possibly 20 to 30 minutes extra flight time, those people's ability to survive is diminished quickly."

He works in National Park, alongside emergency services and search and rescue teams.

"It's not just a case of rescuing people, we know it has saved so many lives, people who without that helicopter would have died because we couldn't have got them off in time.

"It's being able to slip into a little weather window, get someone onboard, and the drop away down to the lowlands before the cloud rolled in and the weather has closed the mountain off again."

Mr O'Neill's online petition to save the threatened helicopter services has so far got more than 23,500 signatures.

He said the message to the health minister was clear.

"Can you please have a re-think and make sure your staff have actually got this right, they're not grasping at the gold ring and have missed a bunch of stuff out in the middle."

Mr O'Neill's petition will eventually be presented to both the Health Minister David Clark and the ACC Minister Iain Lees-Galloway, who are jointly responsible for the air ambulance service.