Aucklanders are set to pay more to tackle major long-standing problems in the city, even as the mayor claims he's keeping his word on rates rises. 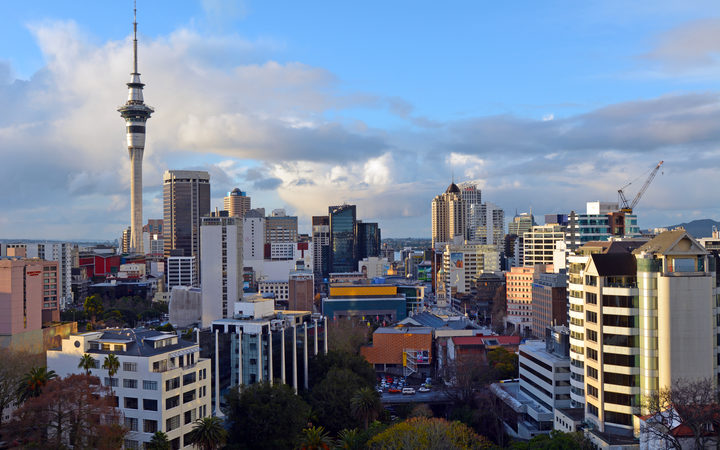 Critics say the new layers of rates to target water quality and the environment still will not be enough even in combination with a new regional fuel tax.

The council hopes to boost its proposed capital spending by a further $6 billion in the next decade, if enough residents persuade councillors to go ahead with the new rates in its 10-year Budget starting in July.

The biggest boost would come from the fuel tax, with an 11.5 cent per litre fee replacing a flat transport levy of $114 per household meaning households which travel more than an average distance with a single car would pay considerably more.

The move is set to more than double the transport-linked revenue to around $130-150 million a year. How the extra revenue would be spent was still to be finalised in negotiations with the government which, independent of the council, unveiled its own plans for a similar-sized hike in fuel excise over three years.

Mayor Phil Goff said the new approach was needed to deal with a backlog of new infrastructure that had been deferred for decades.

"In the area of transport, that underinvestment is most obvious."

The multi-layered rates cake has been carefully built around Mr Goff's 2016 election pledge that general rates should not rise by more than 2.5 percent.

"It might help people see where the money is going, so might ease the pathway for paying more, but it couldn't be described as overweeningly ambitious, it's just a good start," said Mr Taylor.

However, the council still pulls in that $114 per household by introducing two new targeted rates: a water quality rate of $66 a year for an average-value home, and a natural environment rate.

The water quality rate would allow the separation of stormwater pipes from wastewater to be completed in 10 years instead of 30, reducing the pollution of waterways and beaches.

"We haven't invested enough in water services, in historical problems like stormwater overflowing onto our beaches every time it rains," Mr Goff said.

The natural environment rate is proposed with a choice of two levels, $21 per average value household per year, or $47, to combat Kauri Dieback, and the spread of pests and weeds. 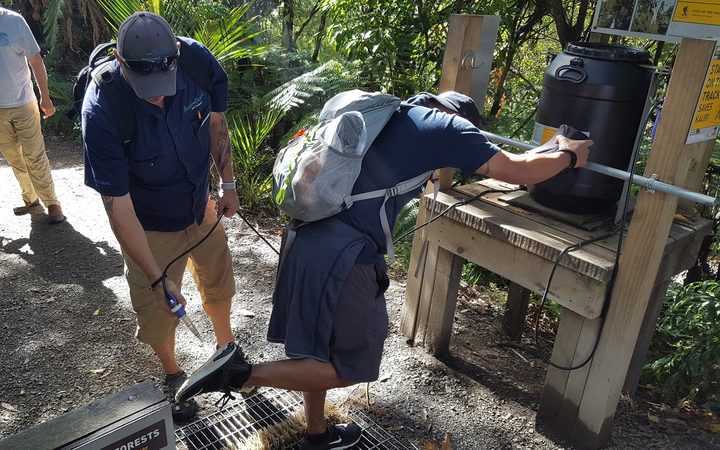 Visitors to the Waitākere Ranges use one of the hygiene stations to prevent the spread of Kauri dieback. Photo: RNZ / Todd Niall

The council withdrew a costlier $67 option from public consultation.

Auckland University school of biological studies associate professor Margaret Stanley said it was disappointing the council would miss out on the $4.5m a year expected to be raised from that option.

"To actually stop the decline of biodiversity in Auckland, they're going to have to divert money from elsewhere as well, so that targeted rate can't be a maximum spend on the environment," she said.

"Ten years is a long time, and we could lose a lot of stuff in ten years."

The result is the first year of the council's 10-year budget shoehorns in the new rates, allowing Mr Goff to claim he's keeping his under-2.5 percent promise.

However, it only works because Mr Goff does not include the new transport take in the rates equation.

Next year, residential rates will rise by 3 percent, and beyond that by 4 percent, but Mr Goff said he was still keeping his promise - but with the qualifier that it covered only his first term, which expires in late 2019.

The Rodney Local Board has also proposed a local transport rate of $150 a household to accelerate local projects in the fast growing rural area.

You can hear more about Auckland's rates on Insight just after the 8am news on Sunday Morning.