Analysis - Here's some news that is so old it is not news any more, but that's why it matters. 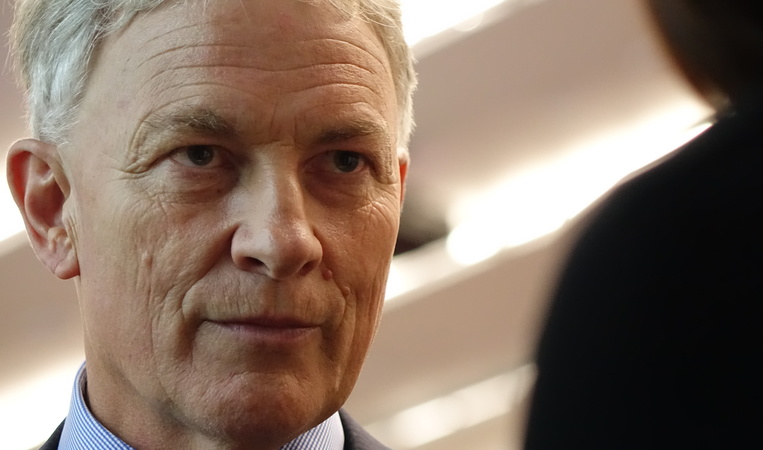 It concerns a couple of unremarkable paragraphs - in a letter to Auckland mayor Phil Goff - withheld from RNZ for 15 months despite intervention by the Ombudsman. It also concerns a decision to delay the release of information so it could be "managed".

It is also, ironically, the 30th anniversary of the legislation that governs councils' handling of public information, the Local Government Official Information and Meetings Act, a name which gives it the awkward acronym LGOIMA.

It requires local bodies to provide information to those who request it - journalists or residents - unless there is a sufficiently good reason not to.

However, March has become a "monthus-horribilis" for RNZ's dealings with the council over information requests.

First to the newest old stuff.

Within weeks of becoming mayor in November 2016 Mr Goff was on the front page of the New Zealand Herald criticising a global marketing campaign that had been worked on by council agency ATEED with the approval of the previous council.

It was a clear poke in the eye for the agency, and an interesting gauge of how Mr Goff - a newcomer to local government after 33 years in Parliament - might behave as mayor.

RNZ requested a copy of a letter reportedly written to the mayor by ATEED chair David McConnell when relationships were frosty. It was provided in December 2016, missing what were clearly the critical paragraphs.

For the record, here are the key lines by Mr McConnell, released 15 months later:

"I am concerned with the events of the past week, and, on the face of it, a position and response taken by your office that lacked any genuine engagement with ATEED," wrote Mr McConnell.

"It was surprising and disappointing to read in the Herald that 'the rebranding or marketing of Auckland was not a project the mayor was interested in championing' when my understanding was that you and your office were comfortable with the proposed next steps."

That was all. Displeasure with a freshly-elected mayor. Council staff and those at the Office of the Ombudsman haggled for the next 15 months over the council's refusal to release the full letter.

The release of that unremarkable correspondence arrived shortly after another case, revealed to RNZ in the release of an exchange of emails.

In it, a senior manager observed that the council could refuse to release the study on the impact of shifting the imported vehicle trade away from Auckland.

"If [RNZ's Todd Niall] objects, his only recourse is to appeal to the Ombudsman, and that process will take time, and may be overtaken by the planned [managed] release."

It took five months and the intervention of the Ombudsman's office for that report to be released in full, three days before last Christmas.

So, in the case of the ATEED letter it took the council two months - from the time it was told it had no grounds to withhold - before it released the document in full.

In the matter of the email correspondence, it seemed to be seeking to "game" the official information process to delay the release of information until a time more convenient to the council.

RNZ has lodged new complaints about both cases.

LGOIMA is a thorny area and a potentially time-consuming requirement for Auckland Council.

For example, requests by the New Zealand Herald for details of travel and other spending by council executives were estimated by the council to have taken about 100 staff hours to process.

The resulting story was not revealing, although RNZ did manage to recover $566 for ratepayers after spotting that the chief executive of council property developer Panuku, Roger MacDonald, had claimed for personal laundry done at hotels.

At the beginning of the month, Chief Ombudsman Peter Boshier put out a statement marking the 30 years since LGOIMA first laid down guiding principles for local bodies considering requests for information.

"This principle still applies today - that information shall be made available unless there is good reason as defined by the Act for withholding it."

Auckland Council might wish to consider whether it's doing well enough on that front.