District health boards in Auckland and Northland warned the current and former health ministers about the poor state of hospital buildings in the region. 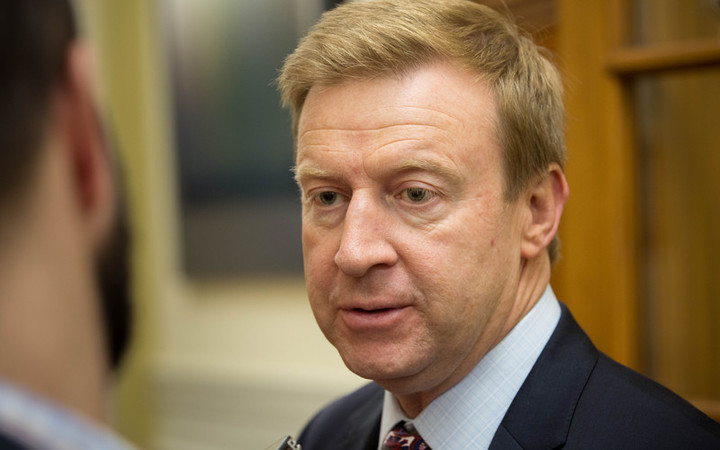 The warnings are contained in Northern Region Health Plans from the past three years, available on Auckland, Northland, Waitemata and Counties Manukau district health board websites.

Former Minister of Health Jonathan Coleman has said he was never informed about major structural or leaky problems at Middlemore Hospital in Counties Manukau.]

RNZ has been reporting on hospital buildings that are full of rot and potentially dangerous mould. There's also asbestos present and raw sewage leaking into the walls, with at least 11 buildings deemed seriously deficient.

Although not naming specific buildings, a 140-page report sent to Dr Coleman by the four DHB chiefs warned of their disrepair.

"There are a number of facilities in our region that are not fit for purpose and require substantial investment," it said.

"About 17 percent of our buildings are ranked 'poor' or 'very poor'. There are also buildings with seismic issues that still need to be addressed." 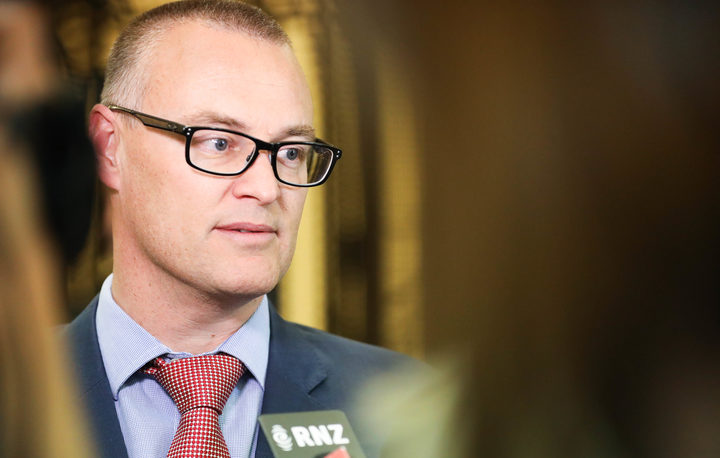 Health Minister David Clark has also said he was only told about one of the four buildings with critical problems, resulting in a frank discussion with Counties-Manukau DHB.

He was sent a health plan from the region's DHB's that stated many facilities were not "fit for purpose".

Despite acknowledging the receipt of the report last year Dr Clark did not acknowledge the issues with buildings.

Later on in the report, the DHBs said the northern region began developing a Northern Region Long Term Investment Plan (NRLTIP) in September 2016 in order to detail the region's investment priorities.

RNZ has requested a copy of this report under the Official Information Act and is awaiting a response.

Counties Manukau's management have told RNZ in recent interviews said they were reluctant to ask the previous government for funding to fix rotting, unstable buildings due to pressure from ministers to stay in surplus.

In a March 2015 blog, its then chief executive Geraint Martin shot down a media report of a looming $100 million deficit, saying his board had a surplus of $3m for three years in a row.

Yet, the now former facilities manager Greg Simpson told RNZ that at this time he was getting less than half the $15m he needed a year for maintenance, therefore had to do patch-up jobs.

The board chair at the time, Lee Mathias, stated on her CV that Counties-Manukau "was the only DHB ... to achieve an A for the government's Investor Confidence Rating ... and the only [one] to achieve five green passes in the 2016 Annual Treasury Report". 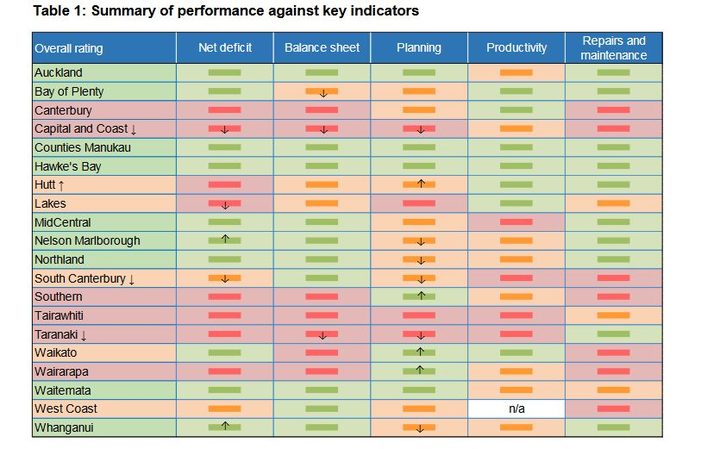 Treasury told RNZ yesterday that its system of pass marks was "fairly crude".

"It seems like there are some misperceptions about what the Treasury report and the green rating are measuring," a spokesperson said in a statement, declining an interview.

"The report referenced is intended to provide an overview of DHB financial performance and productivity," the statement said.

"It is not intended to make a judgement on the adequacy of the budgets established by DHB Boards themselves for repairs and maintenance in their facilities, nor is it an assessment of the physical state of those facilities."

Elsewhere in its report, Treasury said eight out of the 20 DHBs "may be having trouble funding asset maintenance and repairs".

Dr Clark named Nelson-Marlborough DHB as having building problems. RNZ has requested details from that DHB.