Pressure is building on the government to step in and ensure that rescue helicopter bases remain in Taupo and Rotorua. 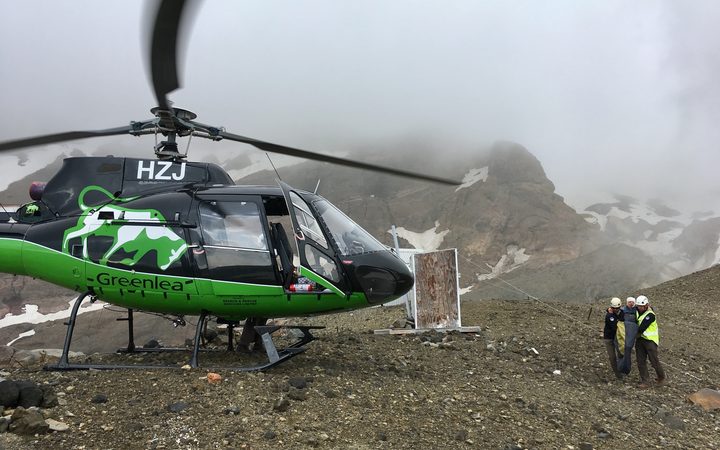 The central North Island towns - and Te Anau in the South Island - have been left off a list of centres that will continue to have bases under a proposed re-jig of national air ambulance services.

Rotorua lawyer Jonathan Temm knows how important it is to have rescue helicopters on-call, close-by - his son was caught up in a car crash late one night between Taupo and Rotorua.

"In that accident 10 people were injured and required the helicopter service and that helicopter flew four flights to Waikato Hospital and saved the lives of most of those people," he said.

"Unfortunately one boy died as a result of that accident but others were saved so we are very committed to the service that we provide."

Mr Temm has written to the Health Minister David Clark, the ACC Minister Iain Lees-Galloway and the Prime Minister with his concerns about the proposal to axe Rotorua's rescue helicopter base.

Provincial centres like Rotorua shouldn't be missing out on essential services, he said.

"We are a large city and we are making our contribution to the national economy and so when you talk about affecting our critical health care services, we would like to be heard on that because we've made our contribution and we are entitled to get the same sort of services in provincial New Zealand that exist for other large urban areas."

The Rotorua and Taupo rescue helicopters are very busy and people are questioning why they've been left out of the proposal, he said.

"We do understand that you do need to provide the best service you can but ultimately in big areas these helicopters are busy on a daily basis and I'm concerned that if Rotorua and Taupo are not included in the [request for proposals] then people won't be as safe as they are today."

And the MP for Taupo, National's Louise Upston, said the proposal came as a complete surprise to the local rescue helicopter crew.

"Over Easter they did 11 rescues, they are an incredible busy rescue helicopter covering most of the central plateau, if its visitors doing the Tongariro during winter, skiers or of course we've had some recent tragedies on the Desert Road."

The government needs to take another look at the proposal, Ms Upston said.

Jonathan Temm said the government should start all over again.

"They should suspend this decision, this review should be stopped right now, we need to go right back to the beginning and there needs to be a proper consultation period."

The Ministry of Health has said that no final decisions have been made about where bases will be located.

Health Minister David Clark was not available for an interview yesterday.