Rescue helicopter bases in Taupō, Rotorua and Te Anau are under threat as part of a proposed re-design of air ambulance services. 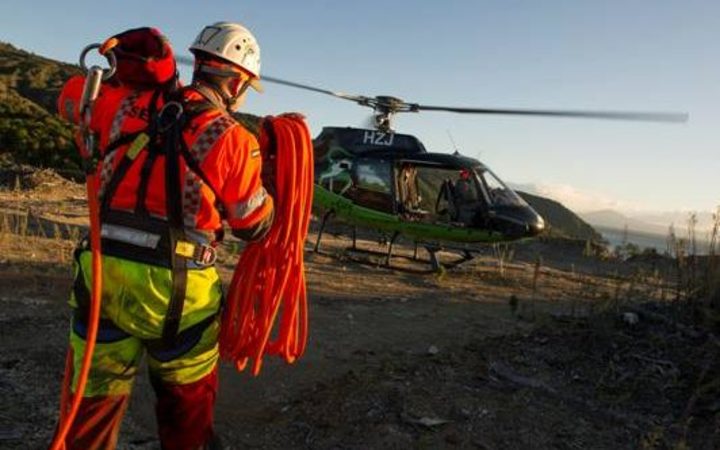 The Ministry of Health and ACC want to modernise the service and ensure a better standard of care across the country.

But locals in areas that could be left without bases are worried longer flight times could put lives at risk.

A pilot for the Greenlea Rescue Helicopter in Taupō, Nat Every, said last year the Taupō and Rotorua rescue helicopters flew 420 missions around the region, which includes the Central Plateau and the Tongariro National Park.

Without bases there, people would be forced to wait longer for help.

"If you require a helicopter and you are in the Taupō/Central Plateau region, I think it's fair to say - categorically - it will take longer for that helicopter to reach you than it currently does," Mr Every said.

And the longer people are forced to wait, the more critical their situation becomes, he said.

The Taupō area would have to rely on helicopters coming from Taranaki, Hamilton, Tauranga, Hawke's Bay or Palmerston North.

That could add an extra 35 minutes to an hour to the flight time. It would also leave those regions without access to a helicopter while it was being tasked elsewhere, he said.

Taupō mayor David Trewavas said he was surprised to see Taupō left off the list of proposed new helicopter bases.

"It's life or death, it's as simple as that.

"Twenty minutes from the base of Taupō to the Tongariro Crossing, or 45 minutes from Hamilton, and as you know hypothermia doesn't muck around."

The community was worried by the proposal, Mr Trewavas said.

"We're not against rationalisation and streamlining and all that sort of thing.

"The community are absolutely devastated because that helicopter makes us all feel safe because we are in a central location and we are quite a way from any major hospital," he said.

In the South Island, Te Anau is also facing the loss of its air ambulance helicopter base.

He said sometimes it was impossible for helicopters from Queenstown to get into the area.

"Last Friday was a classic example when there is no way a machine could've got in from outside of the area, it was shocking winds and snow and rain and yet Sir Richard Hayes was able to sneak up Lake Te Anau and up the Milford Track to the Mckinnon Pass where two ladies were succumbing to hypothermia - one was in a very, very bad way and would've undoubtedly died if she hadn't been pulled out.

"Now that is a classic example where the machine, on the spot with local knowledge, was able to do the job successfully."

Mr Every said factors like the weather and the geography of an area were crucial.

"It's all very well for someone to have a map of New Zealand and draw circles around several hospitals and go 'OK well that circle covers that area and that area ... and look I think we've go the country covered there'.

"As a paper exercise it all seems to work but what it doesn't take into account is the weather, the hills, the geography," he said.

The Ministry of Health said in a statement no community would be left without an air ambulance helicopter service.

It said no decisions have been made about where services would be based, although it has released a list of 13 proposed bases.