Some of the country's most heroic rescues of 2017 have been recognised at an annual awards ceremony in Wellington. 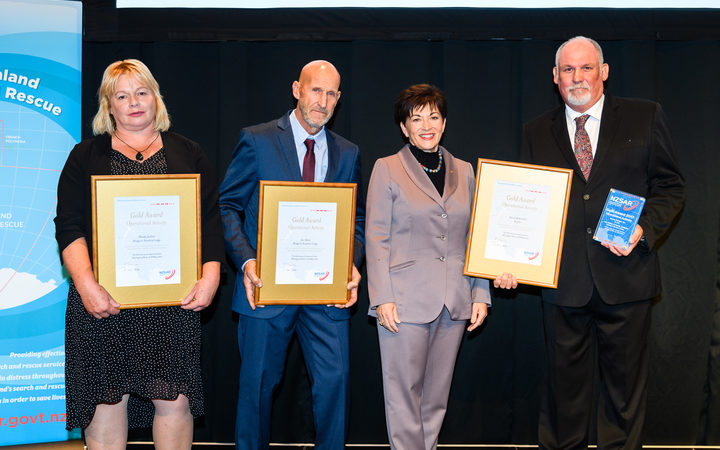 Held on the same day as the Wahine disaster commemorations, the awards set up by the NZ Search and Rescue Council, also acknowledge the hard work of thousands of search and rescue workers and volunteers.

Whanganui couple Joe Adam and Mandy Jackson are two of those volunteers.

In the late hours of a May evening last year, they were woken with a request.

Their jet-boat, used by day to cart tourists up and down the Whanganui River, was needed to reach a stranded camper, who had set off an emergency beacon in a remote part of Whanganui National Park.

Mr Adam said they both went to find the camper immediately, and found him with life-threatening injuries.

Mr Adam called the chopper but during the half an hour window it took to arrive the patient's condition had gone downhill rapidly.

To make things worse, the chopper could not fly out, due to the dense fog that had quickly closed in.

The decision was made to jet boat the camper out to the nearest road.

"It took us an hour and a half to cover what would normally take 20 minutes, we couldn't see two feet in front of us the fog had dropped down that much. I couldn't see - it was more good luck than good management."

"Mandy [Jackson] was holding the light but it was no good, it was just white, you couldn't see two feet in front of you. I don't get scared but I was quite worried we weren't going to make it."

Steve Orr, a paramedic with St John rode with them using portable oxygen supplies to keep the patient alive.

The supplies ran out just as the boat reached Pipiriki where an ambulance was waiting.

Mr Adam said they regularly assist with rescues if they can because the lodge they run is the only place along the river with communication.

Mr Adam, Ms Jackson and Mr Orr were all awarded a Gold Award. 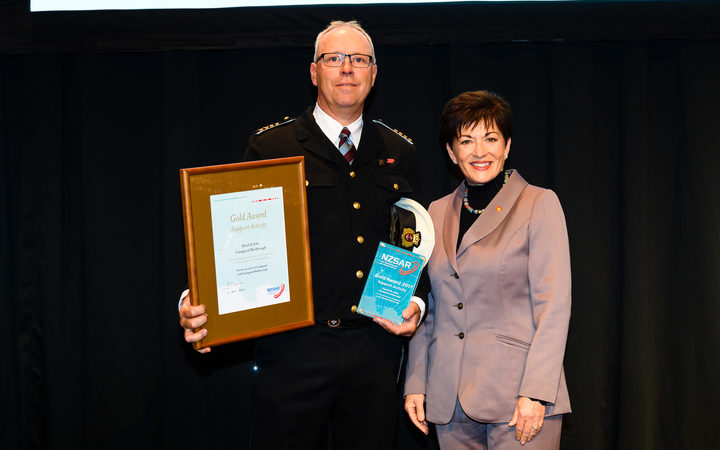 He said the majority of callouts in Marlborough were for medical emergencies, which was why the ambulance was a priority, but the Coastguard was vital for all emergency services in the region.

"In the Queen Charlotte sound alone there's over 600 houses and resorts that you can only get to by boat. So we're their go-to emergency provider, we take the fire the ambulance, the police, land search and rescue - who ever needs to go. But the primary is medi-vacs." 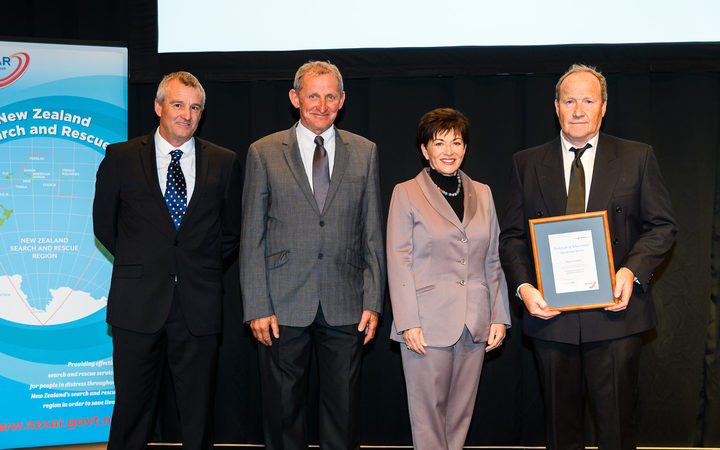 Six others received achievement certificates at the ceremony.

Don Geddes, Russell Currie and Brent McDonald were part of 10-strong team who rescued of a hunter from 13 Mile Bush in Canterbury, almost exactly one year ago.

The group tramped five-hours deep into a steep gully part of the bush, and trekked another six hours through a creek carrying the patient on a stretcher.

Mr McDonald, who lead the team, said the night was long and cold.

"About 2pm we pulled the pin, we couldn't go any further. We were in a very steep area and we had to tie the stretcher to two trees so the guy wouldn't slip down to the creek and then we had to sit on the side of the hill with our feet on the stretcher to stop us going in the creek."

"You'd get about 20 minutes sleep before you'd end up starting to slip down the hill. The guy in the stretcher we'd do checks on him, every time he was shivering because of the cold at least we could tell he was still alive."

Mr McDonald said he remembered that the patient was gracious, given the circumstances.

"We would put him through a waterfall and water would flow right through the stretcher and out the bottom, but he never said a word." 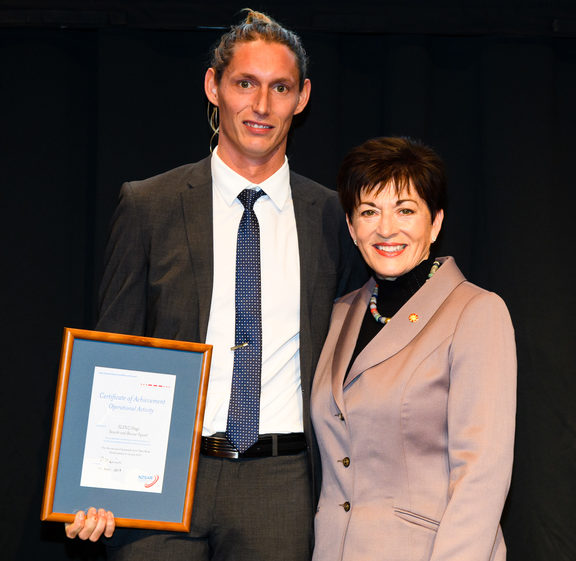 Issac Davies was also at the ceremony on behalf of the Otago Surf Lifesaving SAR squad, which rescued nine people at 2 o'clock in the morning from the flooded Taeiri River last July.

He manoeuvred the boat through strong currents, to rescue patients one by one as the waters rose.

"The river had breached its banks and had pinned their car against some trees, at which point the water's risen and they've climbed on the roof. It was seven people but then two farmers came to try and save them and got stuck as well. So you've got seven people on the roof, and two more dangling from trees."

Mr Davies said they only had an hour to rescue the people due to the rapidly rising river levels.

"It was crazy amounts of volumes of water because it's flooding but there's the Manapouri dam further up the river as well and they released that just as we started doing the rescue. So we had a time constraint of like, you've gotta go in and do this then get out or you're gonna lose all your vehicles... we nearly lost an ambulance. "

He said manoeuvring the boat was extremely difficult with the strong current, and it was too dangerous to load it with more than one person at a time.

"It was definitely a push to do it, but we did. We got out just in the nick of time."

Last year 11,400 people were involved directly with SAR. Ninety-four percent of those are volunteers.

Dame Patsy Reddy presented the awards and thanked the sector for their work.