On any other day

An emergency signal sparks a desperate search for a missing air force helicopter. 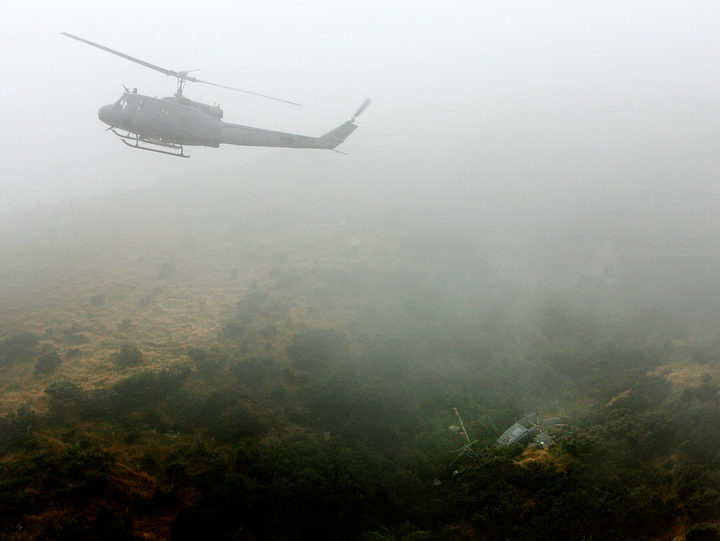 As a young boy in Queens, New York, Dave Greenberg was obsessed with ambulances and fire engines. Visiting his local firehouse as an eight year-old, he decided right then that this was the life for him.

“I wanted to be a fireman when I grew up.”

It didn’t quite turn out that way. Teenaged Dave joined the Ambulance Corps and a youth programme for fire fighters and saved his first life aged just 13.

“It was scary but it was the best adventure of my life.”

His parents pushed him into computer programming and it wasn’t until he decided to move to Wellington in 1990 that he found his way back to emergency service work. He jumped at an opportunity to become a crewman on Life Flight – the Westpac Rescue Helicopter and his first flight confirmed that this was where Dave was meant to be. 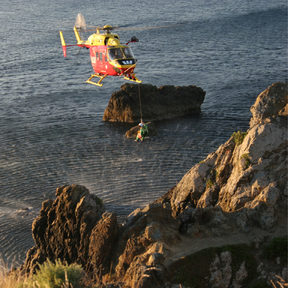 "They say your first time is your most memorable and that certainly was for me.”

The decision was made and Dave Greenberg spent the next 25 years with Life Flight, operating the winch used to insert and extract people and often on the line himself, a job the crew calls being the ‘dope on a rope”.

“I loved being the dope on the rope, more than anything else I ever did on the helicopter!”

"I managed to make a life that looking back at, I'm jealous of."

But it’s the people he saved that Dave remembers and one rescue in particular stands out. It happened on 25 April 2010 - ANZAC Day. 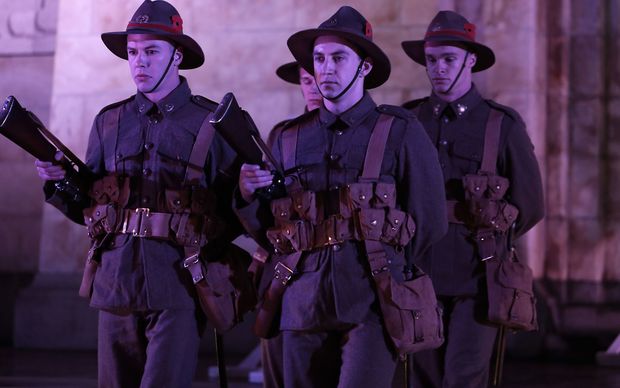 Dave Greenberg wasn’t supposed to be working that day but when asked to cover an overtime shift he agreed straightaway.

His day began with a 5.45am phone call; a Blenheim patient needed transferring to Wellington. The weather wasn’t great, with low cloud and poor visibility, so Dave and pilot Harry Stevenson waited for daylight before leaving. But seconds into the flight they’re radioed about a search and rescue beacon activated near Pukerua Bay northwest of Wellington. An Air Force Iroquois helicopter was missing. Dave and Harry needed to decide what to do and fast.

This was one of those decisions that make you.

“The pilot usually has the final say but if one of us was uncomfortable going forward then we would turn back. A lot of the time we’re all making individual decisions based on what we’re seeing and you have to react and then tell the other person. In a fast moving helicopter a hundred things are happening at once and you have to react to the important ones.” 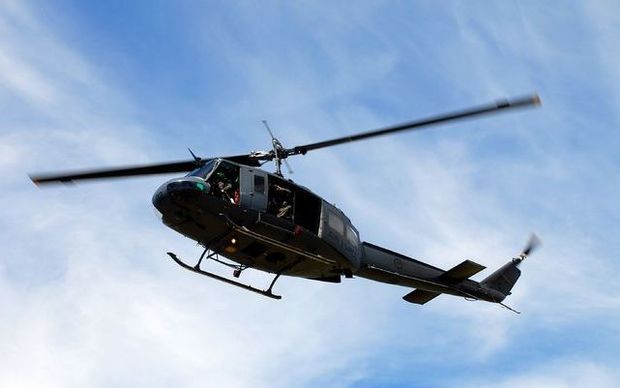 They decided to accept the job. After a few minutes flying, they picked up a weak, broken signal; a bad sign. Dave’s gut instinct started troubling him and as more information came in, that gut feeling hardened into certainty.

Despite that low cloud, a trio of Iroquois helicopters from No.3 Squadron had taken off from RNZAF Base Ohakea for the dawn service flyover above Wellington. One of them, NZ3806, was unaccounted for with four crew on board. Even as New Zealanders were gathering to remember those who had died in service of their country, new names were about to be added to the list.

Dave Greenberg had trained with members of No 3 squadron and he was certain he’d know some of the missing airmen. And a possible helicopter crash was just a little too close to home.

“Any time it’s an aviation accident it’s a little bit more difficult to comprehend because we are in the same business.

“On any other day it could be us that the beacon is coming off from.”

Dave and Harry followed the beacon signal east to a ravine. It was tricky, dangerous flying; low cloud meant there was no way to safely enter. An RNZAF Iroquois was also searching the area and a second emergency beacon signal had been picked up - another bad sign.

A gap opened in the clouds. Dave and Harry conferred and began easing their helicopter into the ravine. Visibility was so poor they were only able to fly forward 50 metres or so at a time. On the ground beneath them, Flight Sergeant Darren Smith was making his way up the ravine on foot.

Dave and Harry came to a fork and following the beacon signal, chose to go right. As they flew around the bend, an awful sight emerged from the cloud. Spread across the ground in front of them was the wreckage of NZ3806. 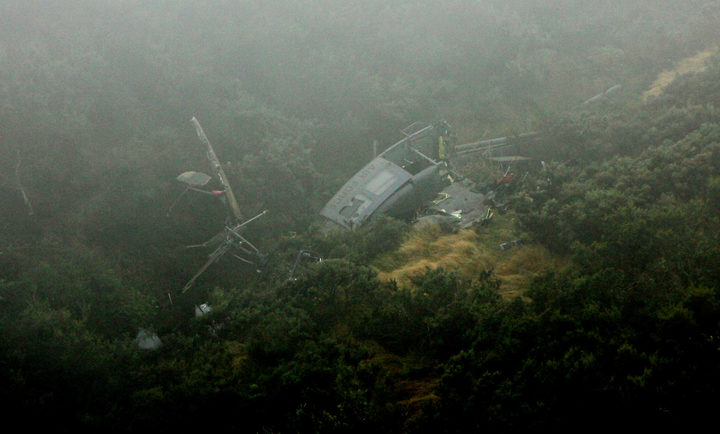 “Oh, it was a mess…the main body of the helicopter was upside down, there was wreckage scattered for hundreds of metres. We could see one person who was at least unconscious. We couldn’t identify if they were unconscious or deceased.

“We didn’t think it was survivable.”

They backed off and directed the crewman on the ground to the location of the crash. Flight Sergeant Smith swiftly found three of the crew and began searching for the fourth. After waving away the noisy Rescue helicopter, he rang the cell phone of crewman Sergeant Stevin Creeggan and heard it ring nearby. A short distance away, braced against bush to prevent him rolling down the steep hill, was Stevin Creeggan. He was alive. 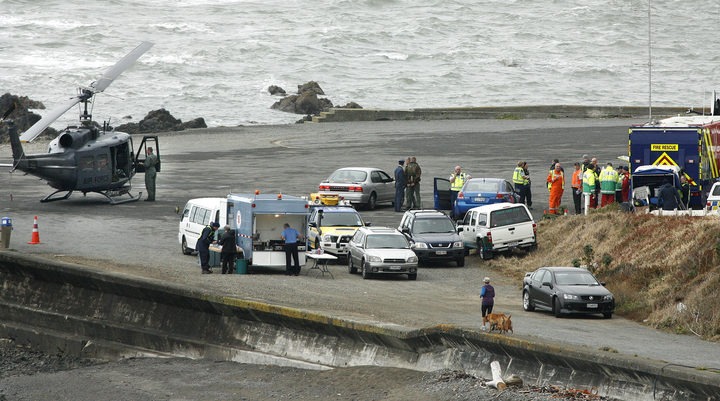 The base for the emergency services near Pukerua Bay. Photo: Fairfax Media New Zealand Ltd/Dominion Post

Dave and Harry had landed at Pukerua Bay when they heard there was a survivor. Hurrying back to the crash site, they winched down paramedic Pete Collins who carefully put Stevin Creeggan into the harness and sent him up.

Seeing Sergeant Creeggan up close, Dave had to resist an urge to hug him.  Stevin Creeggan had injuries to his face, spine, chest, lungs, spleen, leg, ribs, shoulder and shoulder blade, as well as to his hand, knee, eye, teeth and brain. Despite this, he had managed to free himself from the crash, set off a rescue beacon and place one of his crewmates into the rescue position before crawling off to wait for help. Dave has no idea how he did it.

“In my mind he’s definitely a hero.”

They decided to take Sergeant Creeggan directly to the ambulance waiting at Pukerua Bay rather than risk flying him directly to hospital. They wanted to be nearby if their services were needed to winch out anybody else out but not long after landing, word came from the crash scene; there were no more survivors. Dave was shattered by the news. 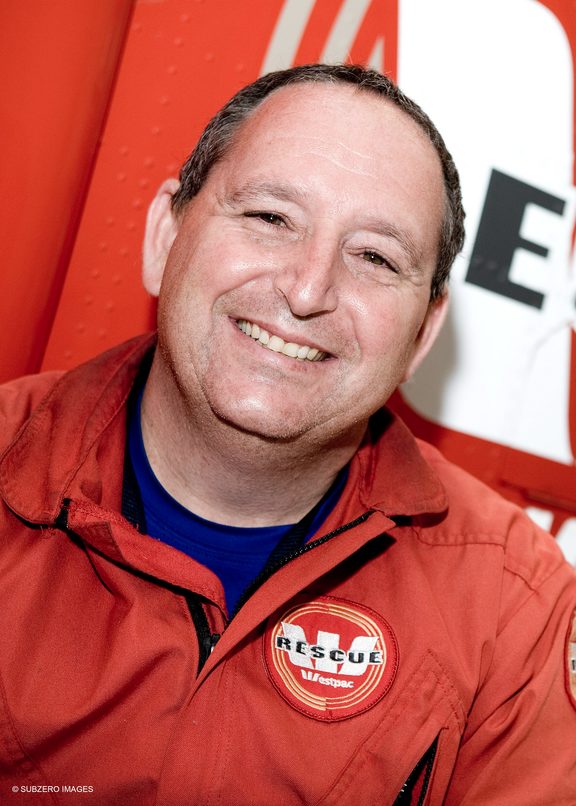 “All the hope that had built up in those few minutes at the landing site just got popped. The bubble burst right then.”

Flight Lieutenant Hayden Madsen, 33, Flying Officer Dan Gregory, 28 and Corporal Ben Carson, 25, had all died in the crash. Flight Sergeant Darren Smith, who ran uphill through heavy bush for nearly two kilometres to get to the crash site and who would remain there with his mates until police arrived, would later be awarded the Distinguished Service Decoration for his extraordinary performance of duty.

A military court of inquiry later partly blamed an Air Force culture of rule-breaking and inadequate training for the 2010 ANZAC Day crash. In a private prosecution taken by Sergeant Creeggan, the New Zealand Defence Force pleaded guilty to failing to provide a safe workplace.

Dave Greenberg visited Stevin Creeggan often as he recovered and the two are now good friends, bonding, as Dave says, over 25 meters of steel cable. And besides, on any other day, it could well have been Stevin winching Dave up from the wreckage of a crashed helicopter.

This story was produced by Justin Gregory, using archival audio from Ngā Taonga Sound and Vision. You can subscribe or listen to every Eyewitness podcast on iTunes or at radionz.co.nz/series. Please give us a rating!