The Foreign Minister has strongly condemned reports of civilian deaths in Syria as a "barbaric attack", and is calling for an independent investigation. 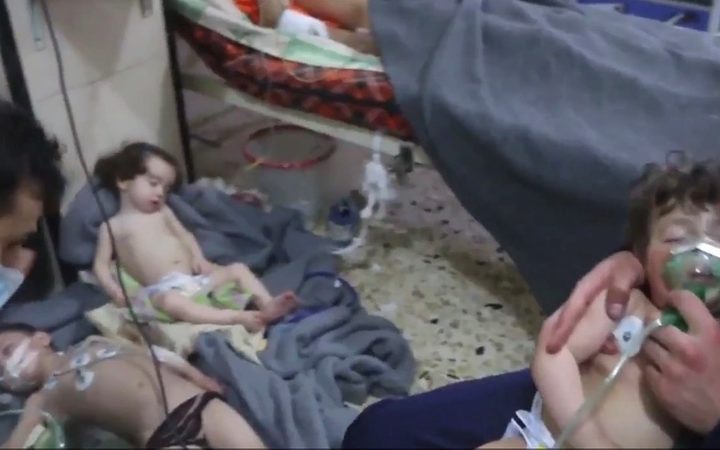 The attack in Douma, the last rebel-held city in Syria, killed dozens of people on Saturday local time.

Winston Peters said if it was proven the Syrian Government was responsible, it provided further evidence of its callous disregard for the lives of its own people.

He said New Zealand condemned it in "the strongest terms".

"New Zealand calls for an independent investigation into the attack by the Organisation for the Prohibition of Chemical Weapons and for the perpetrators to be held to account.

"We call on the parties to the conflict in Eastern Ghouta to urgently allow OPCW inspectors access to the area," said Mr Peters.

Without naming any specific countries, like Russia, Mr Peters said New Zealand was calling on the "international supporters of the Syrian Government" to work to uphold the cessation of hostilities promised in UN Security Council Resolution 2014 and to prevent further attacks of this nature.