A drone diverted two landing planes and suspended arrivals at Auckland airport for 30 minutes this afternoon. 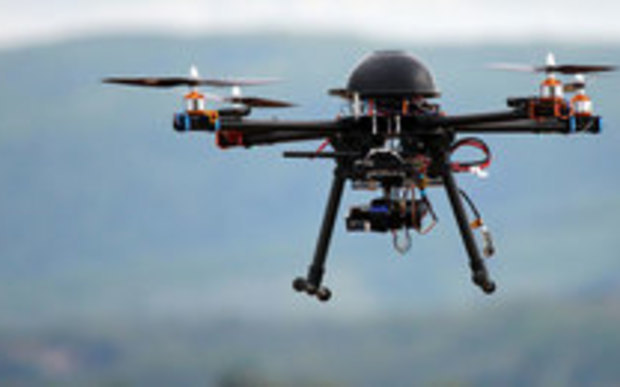 The drone was spotted by two pilots attempting to land, before they were diverted by Air Traffic Control, just before 3pm.

The Civil Aviation Authority's Steve Moore said those flying the drones were putting people's lives at risk and needed to be identified before anything catastrophic happened.

He said seven arriving aircraft were also held at the airport while the area was cleared.

"Pilots and their passengers should be able to take off and land at our airports without the added risk of a drone coming into contact with their aircraft," he said.

"The safety of the travelling public cannot be compromised by thoughtless fools flying drones illegally in the airport zones."

"We are calling on the public who live or work in and around Auckland airport to report any person who is operating a drone close to the airport," Mr Moore said.

Last month there were two incidents of drones causing chaos at Auckland airport.

The airline said pilots on board a flight from Tokyo on Sunday afternoon spotted the drone during its descent and it came so close to the plane they were concerned it may have been swallowed up by the engine.

Chief operations and integrity standards officer David Morgan said the near miss put the flight's 278 customers and the crew at risk.

Another incident earlier in the month suspended flights for half an hour after a drone was spotted in controlled airspace.