Otaki's MP says there is no back-up plan if the airline expected to take over flights between the Kāpiti Coast and Auckland can't do it. 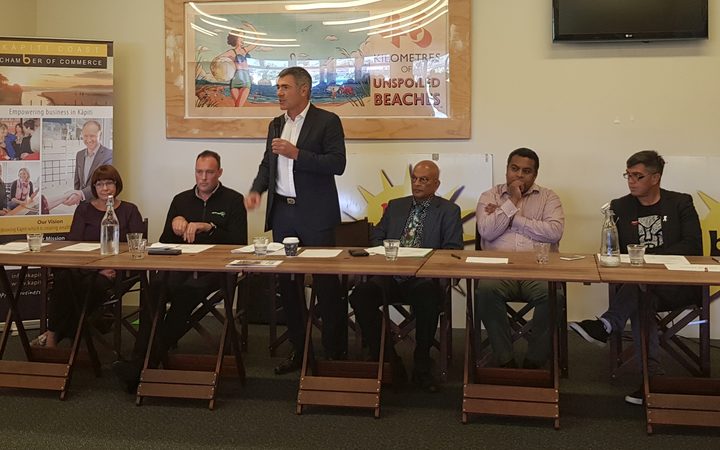 At a rally at the airport today, attended by around 150 people, Otaki MP Nathan Guy said if Air Chathams can't take over the route, there was no easy answer or a plan C.

Mr Guy said he was excited by all the comments he had heard from Air Chathams and the owners of the airport and believed a deal could be done once some regulatory issues had been worked out.

He slammed the move by Air New Zealand as hypocritical and short-sighted.

He had asked the airline to give the community a year's notice if they ever decided to pull the service.

"It's very hypocritical of Air New Zealand to turn up here just a couple of weeks ago on the open day when 1000 people poured through the doors here to celebrate the service, and then turn around a couple of days later and say they're axing it ... I personally think it stinks."

Kāpiti mayor K Gurunathan said the strong reaction that came out of Kāpiti worked out to be a PR disaster for Air New Zealand and the reverberations the community sent out had opened up what had been an "iceberg under this issue of the treatment of regional economies across the country".

The offer Air New Zealand had made to offer financial assistance to the airline that took over was made only because of that outcry, he said.

Duane Emery confirmed the airline would offer more financial assistance to whoever took over the Kāpiti to Auckland service than previously offered when withdrawing from other regions.

"Air New Zealand recognise the notice period given was unacceptable," he said.