The head of the Nelson-Tasman Hospice says charging users for the service is something it may have to consider in the future. 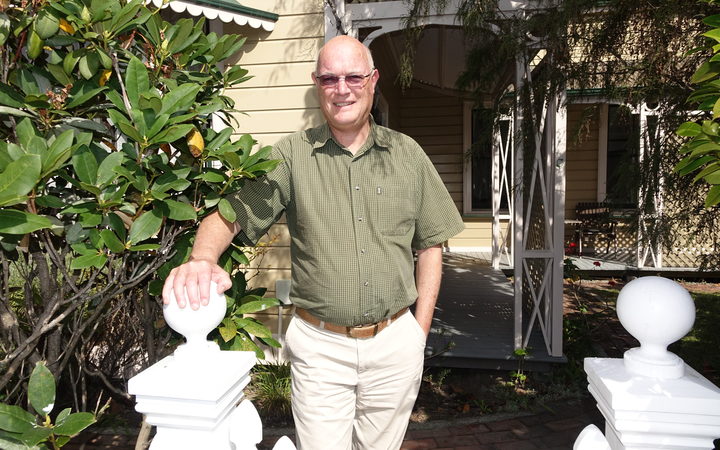 The comment came during discussion on the Nelson City Council's refusal to waive a $142,000 development levy on the region's new hospice development, because it is technically not a hospital.

The $14 million development, including the site, is the biggest project in the 35-year history of the hospice which has had a 28 percent increase in referrals since 2013.

Hospice care focuses on the chronically or terminally ill, and attends to their emotional and spiritual needs.

Nelson-Tasman Hospice chief executive Frans Dellebeke was asked at a council meeting this week why it did not charge patients. He said it was something that might have to be looked at in future, but a hospice was not a hospital but a community service run by a charitable trust.

It received 65 percent of its operational funding from the government via the Nelson Marlborough District Health board, but was left with an annual $1m shortfall.

There was no government funding for capital projects.

The hospice, which cares for more than 155 patients at a time, is having to move because of planned expansion of the private hospital it is sited next to. It is run by 60 part-time staff and 450 volunteers.

"So it's not a small set-up but it is a costly set-up and we do this all free of charge."

The council denied the request because it was outside its policy and was concerned it might set a precedent, although there were exceptions written in to the policy.

Councillor Luke Acland asked why it was not an example of an exception.

"A large percentage of the population use this at end of life so why wouldn't we do this?", he asked.

The trust used examples of social housing developments, the city's tertiary education facility and, childcare and daycare centres having had their development levies waived.

Resthomes were another example where half the levies were paid.

"We are asking for a one-off opportunity that would benefit the community," Mr Dellebeke said.

Councillor Matt Lawrey asked how much harder the trust's job would be without the exemption, while Councillor Tim Skinner sought to turn-around the council's argument so it could support the request.

Trust member Paul McIntyre said it was hard raising money in a community where so many organisations were competing for a limited pool of resources.

"There are a lot of good organisations out there asking for money and although we have a very good reputation, it is a real challenge to raise that money."

A council senior planning adviser, Lisa Gibellini, said the greater issue was it was not really the appropriate "pot" to be recognising the benefits that the hospice provided the community.

The council has suggested the trust apply for help through the annual budgeting process, and to seek help also from the Tasman District Council.

"The development contributions pot is for paying for the infrastructure that we need to service the hospice and other growth projects in the city.

"It's also a regional asset and encouraging them to make a submission through the long term plan not only means their request can be considered from the right pot of money, it also means they could do the same with the (neighbouring) Tasman council."

Construction of the new hospice started last year and is expected to be finished by the end of this year.