Hospices deprived of strong painkillers due to 'safety concerns' 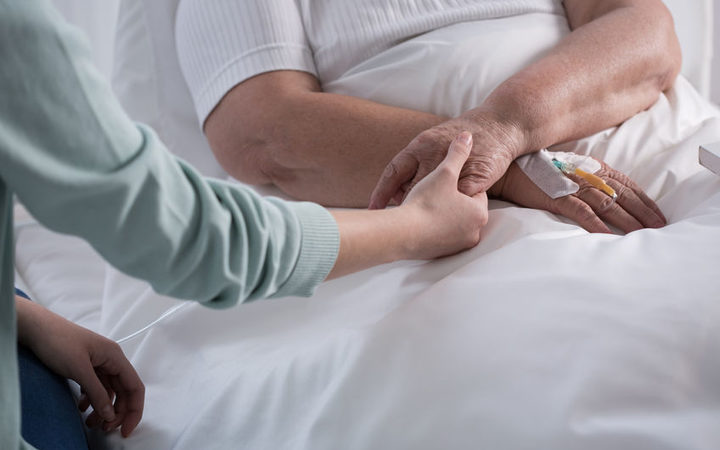 They said that was mainly due to inequalities between hospitals and hospices.

Pharmac said many painkilling drugs were 'open-listed' - meaning anyone can theoretically access them, but the man who co-wrote Pharmac's palliative care handbook, Rod MacLeod, said at Hibiscus Hospice in Auckland he can't get hold of a "rapid-onset, short-acting strong painkiller".

"If you're having any incident pain or what's called breakthrough pain or sudden acute severe pain, you want something that works within minutes, not within 15 or 20 minutes," he said.

Brian Ensor is the Director of Palliative Care at Mary Potter Hospice in Wellington.

He said there was historical reasons for the lack of funding for hospices - as they started as community initiatives.

His hospice needs to raise $6 million every year and he said the building itself was long overdue for renovation.

He said drug supply was at times in the same condition.

"The care of the dying feels like a somewhat forgotten little subset of medicine with our hands waving in the air saying 'us too please'," he said.

"Because there is some really good and exciting stuff out there in medicine that we need to scavenge and bring into the care of the dying."

Dr Ensor listed Propofol, Penthrox, Entonox - or laughing gas, and other hospital drugs that he couldn't get hold of due to cost.

In a statement, Pharmac Director of Operations Sarah Fitt said some of the more powerful drugs can only be used in hospitals because of the level of additional care and monitoring required to use them safely.

Rachel Wiseman is a palliative medicine specialist who works in a hospital.

She agreed hospices were the poorer cousin, as they have a different funding mechanism to hospitals and a different budget.

Dr Wiseman said that needed to be fixed.

"There should not be the inequity of access that we have," she said.

"And I hope that at some point in the future the Ministry of Health looks at that, because I think it does cause a significant problem."

"There are drugs that I cannot start in hospital because I know the patient will not be able to access them once they leave."

Dr Wiseman said another cause was that people dying from cancer were living longer, which could be seen as a positive thing - but drugs used to manage their symptoms have not grown at the same pace.

She said that problem wasn't restricted to New Zealand.

"Patients are now living long enough that we are running out of options, which is making life incredibly difficult for us."

The doctors said Australia had better access to the strong painkillers that patients need here.

Ms Fitt said Pharmac expected to receive an application soon regarding new drugs that were used in Australia, and it would seek expert advice around access and funding.

You can hear and read more about palliative care and the euthanasia debate on Insight just after the 8am news on Sunday morning.