Nearly 90 percent of criminal lawyers who responded to an anonymous survey have experienced or seen bullying and harassment in the last four years - and the worst offenders were judges. 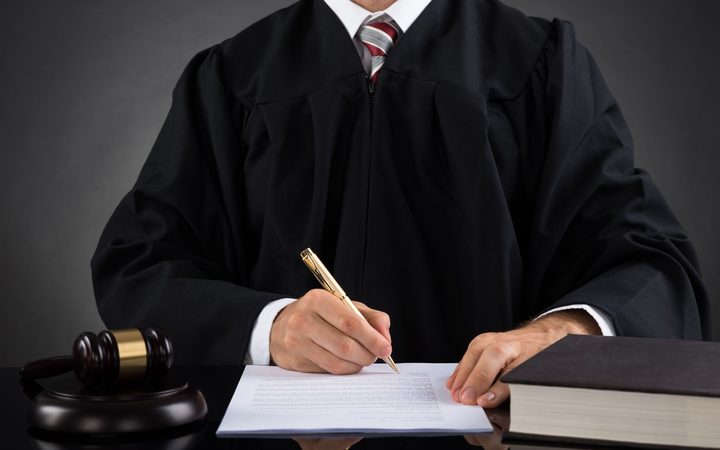 Criminal Bar Association vice-president Elizabeth Hall, who instigated the survey, said the "staggering" results were "obviously of deep concern to both the association and the Law Society".

Types of abuse include shouting, insults and threats, and nearly one in three had experienced unwelcome sexual attention.

In nearly 65 percent of cases, the person doing the harassing or bullying was a judge.

Fewer than 17 percent of respondents made an official complaint - mainly because they believed it would not make any difference and they were afraid of the repercussions.

Of those who did complain, just 6 percent felt this fixed the problem.

"Often times people don't want to generate an official complaint and then have the focus on them and their experience," Ms Hall said.

"They just want to feel the behaviour is going to be addressed in some way it's going to be stopped in some way, without it leading to the very serious consequences that a complaint to the Law Society might have."

What the survey found

Some respondents advocated being able to raise issues in an anonymous way, asking for a senior colleague to review an incident or having a formal mentoring system.

The law profession was not alone in having with problems with harassment or abuse, Ms Hall said.

"But what is unique to the sphere of criminal practice is this very entrenched hierarchical structure governed by people who have come up through this system in which you go down to court and have strips torn off you by the judge or opposing counsel, you patch yourself up and do it again the next day.

"That was the practice 20 or 30 years ago - but times have changed, people have moved on and that sort of thing is no longer acceptable."

Law Society President Kathryn Beck said they are taking steps to address bullying and harassment in the legal profession.

Ms Beck said next month an independent survey, asking about these issues, will be available to all lawyers.

She said the society needs to know the extent of the issue, before working to resolve it.

She said she was especially concerned by the number of judges implicated.

"One of the barriers for people reporting to the police and going through that court process, if they look and see that the judges are complicit in bullying or sexual harassment, that's not building confidence and is a problem.

"We need to make sure our policies are kind to people making complaints and victims."