A proposal to ban Auckland Council staff from flying business class has failed to get off the ground. 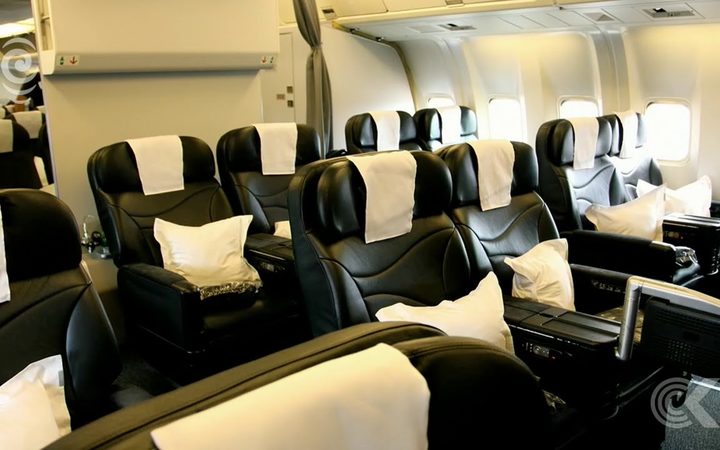 Mr Watson told the meeting the amendment was about improving council spending and securing public trust.

"I think to do otherwise Mr Mayor, is just to be seen to be continuing a long line of rather frankly embarrassing and very public exposures of a kind of corporate excess," he said.

Mr Watson's amendment wasn't welcomed by all councillors - Linda Cooper was among those concerned about the pressures it would place on staff.

"You just have to be crammed in with a bunch of people really close together, with your knees jammed up around your ears like happens with my husband because he's 6 foot 2, you know filthy toilets because they don't get to clean them in 17 hours.

"This is gross, but that's what it's like, and so I think we've got to think about that... you want your staff to be at optimum performance when they get there," she said.

The change would've meant staff flying for more than eight hours could leave a day earlier, or request to travel Premium Economy if they had health concerns, but business class and first class travel would not be funded.

Instead, staff will be required to fly economy class for flights of less than eight hours - for anything longer, premium economy is allowed and business class is permitted if they must start work immediately.

Councillor Penny Hulse said premium economy should be the normal way of travelling for back-to-back long-haul flights, not a request-only perk.

"It's kinda inhuman to put people through... I think if anyone has tried to do that you will realise it's un-doable.

"We hear a lot around the table around human rights and union... we need to move after an hour of sitting, so why do we not think about our staff in those terms too?" she said.

Mayor Phil Goff was also opposed - the former Foreign Minister and Trade Minister said he was well aware of the risks of not being on top form while on business overseas.

"It's not reasonable to get off a plane having travelled for 24 hours, go straight into a meeting and be sharp at it - I know that from years of experience, I don't think I would've got a Free Trade Agreement with China if I worked on that basis, I would've been asleep halfway through the meeting.

But Manukau Councillor Efeso Collins, who supported the proposal, said he was livid it was voted down.

"The fact these people can get on an aircraft goes to show their kind of privilege.

"I represent the poorest ward in the city and that $18,000 trip that one executive took is just a couple of thousand dollars out of what the average median income is in the ward that I represent.

"To be describing it as inhumane is really quite ridiculous," he said.

The amendment would not have affected councillors travel.

Auckland Council currently puts details of domestic and international travel expenses online annually, but councillors today requested for that information to be made available more regularly, possibly at quarterly or half yearly intervals.