A ratepayers' rebellion is brewing in Christchurch with Templeton residents considering "Texit", fed up with the council over proposals for a Fulton Hogan quarry. 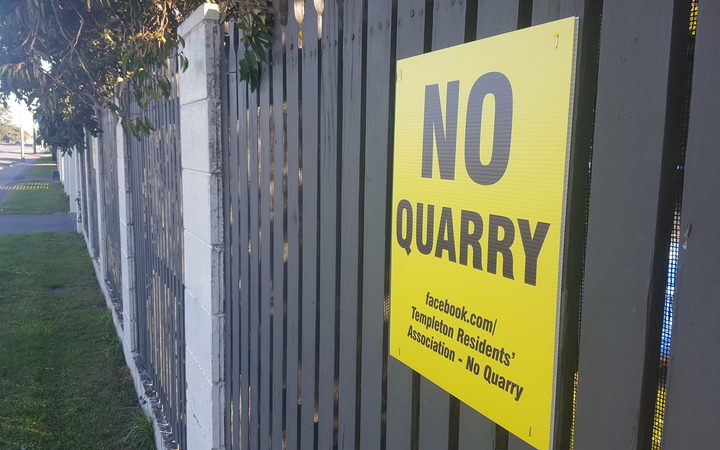 An anti-quarry sign in Templeton. Dozens are stuck on fences throughout the community. Photo: RNZ / Logan Church

Some are now questioning whether the township could secede from Christchurch and become part of neighbouring Selwyn district.

Fulton Hogan wanted to build a quarry on a 170ha site next to the township of Templeton that would supply aggregate for the city's rebuild and would have a life of 40 years.

Resource consent has not even been lodged for the quarry, yet residents said it was already impacting their lives.

For Narell Chand, it meant selling her family vegetable farm about 100m from the proposed quarry site if it went ahead.

"This is not good because out vegetables are certified, and once of the requirements of certification is no contamination on your vegetables ... with a quarry nearby there is a lot of dust," she said.

Mr Chand said her family was also planning to build a new house on her property - that was now on hold.

The chairperson of the Templeton Residents Association, Gary Kilday, said property prices were also taking a turn for the worse.

Mr Kilday said the residents had attempted to contact Christchurch mayor Lianne Dalziel about their concerns.

"We've emailed the mayor twice, the first time we got [councillor] Jimmy Chen to answer for the mayor and the second time we wrote to the mayor she hasn't even bothered to write back to us.

"There has been no reply at all." 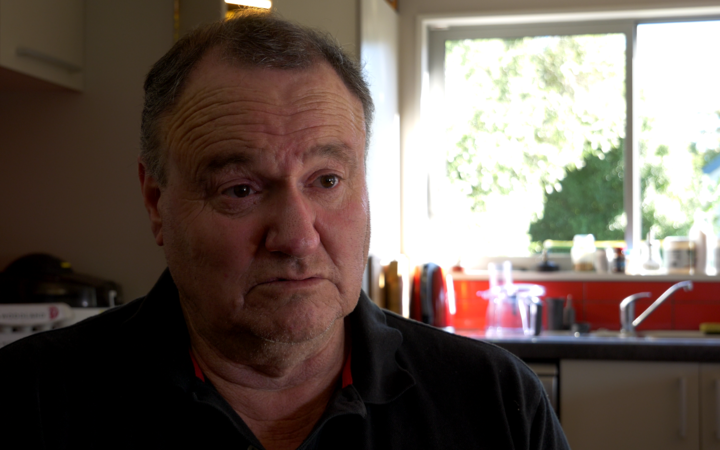 Mr Kilday said the group's emails to neighbouring Selwyn District, where the quarry would be located, were returned promptly.

He said that gave birth to a novel idea.

"Lets see what it takes to get succession from the Christchurch city council and go to the Selwyn District council," he said.

Mr Kilday said he's not yet sure how it could be done, but the residents are keen to explore the idea.

A Selwyn District Council spokesperson said such changes can only made through the Local Government Commission.

RNZ News contacted the Christchurch City Council to ask why a response had not been sent to the residents association.

Hours later, the residents association received an email from Ms Dalziel, in which she offered to meet with the Residents Association in person to hear its concerns.

She was not available for an interview, but in the letter Ms Dalzial said she was following the issue with great interest.

"I have been on leave since the day your email was received by my office... I only returned on Monday, and I'm sorry you were not advised of that," the letter read.

"I am very happy to meet with representatives of the Residents' Association to hear your concerns."

Fulton Hogan said it was aware of the residents concerns, and have asked community representatives to join an advisory group.

"We are still in the early stages of gathering information for the consenting process, and we intend sharing this information with residents through other initiatives such as a drop-in centre, a web portal and letter drops," a spokesperson said.

"Our consultation so far has included meeting with Templeton Residents Association representatives, door-to-door visits with potential neighbours and meetings with other community stakeholders."

The Canterbury Regional Council said it expected resource consent to be lodged for the quarry no earlier than May.