Plans by striking Lyttelton Port workers to march through the road tunnel connecting the port to Christchurch have been derailed. 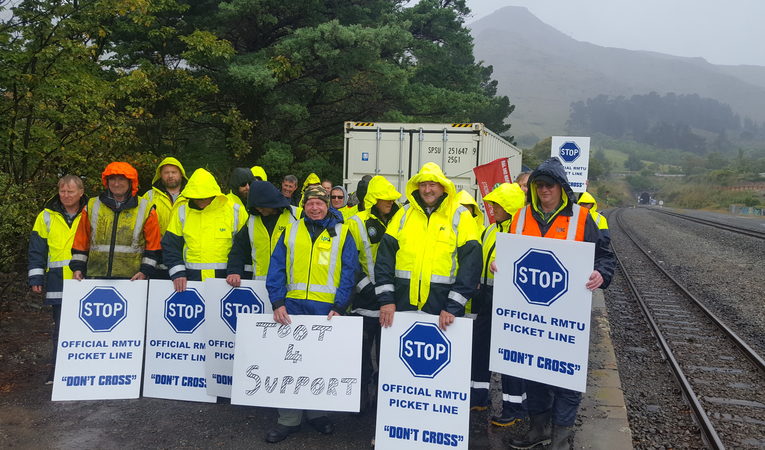 Up to 200 striking workers planned to disrupt traffic and freight as part of strike action that started yesterday and is due to continue through until Sunday.

A plan to blockade the rail tunnel leading to the port earlier today was aborted due to health and safety concerns.

The workers then marched to within a few hundred metres of the entrance to the road tunnel before being turned back by the police.

The workers decided to follow the instructions of the police and the march ended peacefully.

Rail and Maritime Transport Union spokesperson, John Kerr, noted the port's chief executive, Peter Davie, has been posting photos on Facebook of a skiing holiday he was taking in Austria and urged him to return home to help sort out the dispute.

"The LPC chief executive Peter Davie has been overseas meeting with important company clients…on completing these meetings, he was due for some leave," he said.

"During this time he has remained almost constantly in touch with the LPC negotiating team, myself and the LPC board while continuing to lead all aspects of our contingency planning and response to the industrial action."

He said Mr Davie was scheduled to be back at the port on Monday.