Whether it's a gerbil or something bigger, if it fits in a cage and is a domestic pet, it will now be allowed to ride on Wellington's public transport network from the middle of this year. 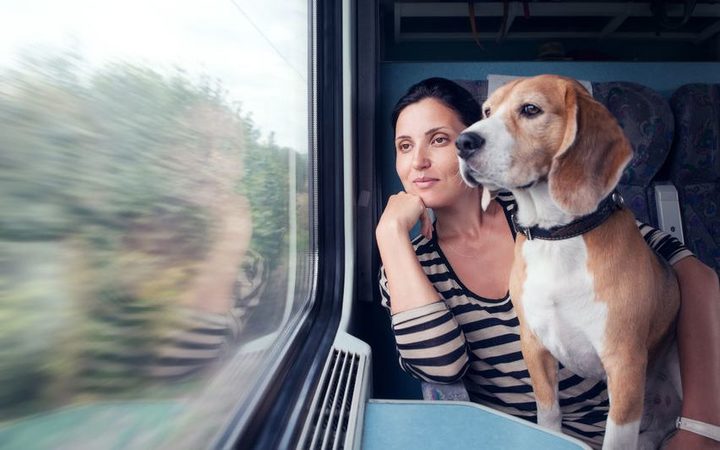 Dogs will now be able to ride on Wellington's public transport, but unlike this pooch they will have to be in a container (file photo). Photo: soloway/123RF

The Greater Wellington Regional Council Sustainable Transport Committee has given the animal carriage proposal the greenlight, as part of changes being introduced as new operators come on board.

Currently, the conditions of carriage for passengers only apply to train services, but the council decided to apply them across all public transport services to avoid confusion for customers.

That means domestic pets will now be allowed on off-peak services as long as they travel in a cage or some other kind of container.

However one councillor, David Ogden, thought the idea was barking mad and shared a constituent's email raising concerns about the move.

"They will sit on seats and who is going to stop them. Which dogs can go on? The poor driver has enough trouble as it is," they wrote.

Mr Ogden said large transport problems were still unsolved in the area, such as those plaguing the Wairarapa train line, and the pet idea should never have been introduced.

He said a large number of comments online were also against the proposal.

But the committee's chairwoman, Barbara Donaldson, said there would be measures to deal with unruly animals.

"People can be asked not to get onto the train or bus or to get off if their pet is causing a nuisance, maybe barking or sounding aggressive.

"But it is in its carrier, so the things he was talking about can't happen," she said.

Ms Donaldson said pets were part of people's lives and it made sense to be able to take them on public transport.

She said it was likely drivers would decide which pets could get on the bus.

When asked about people who might try and stretch the rules, Ms Donald said people were sensible and would know whether their pet carrier could fit in their lap.

But she didn't rule out the carriage of larger pets, such as baby goats, if they were considered to be a domestic pet and could fit in a container.

Most people RNZ approached on Lambton Quay agreed with the proposal, saying animals were parts of people's lives and should be allowed on public transport as long as they were contained.

The ability to transport domestic pets will be rolled out as new transport contracts are introduced and will be in place across the Wellington region by the middle of July.