The husband of Doctor Maysoon Abbas - who died of multiple injuries in the CTV building collapse - welcomes plans to change the so-called "year-and-a-day law". 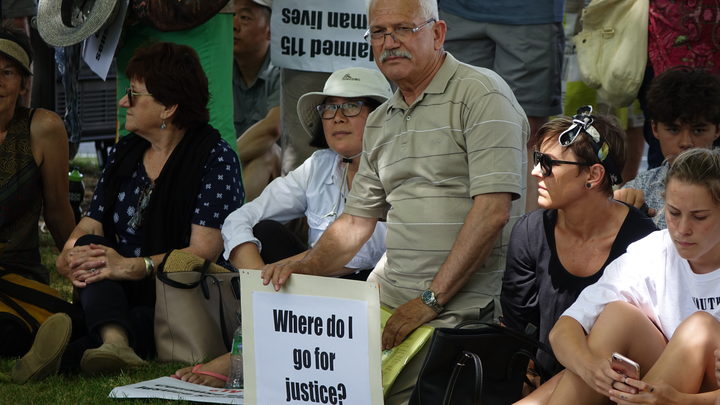 The Government plans to repeal a law that means no-one is criminally responsible for the killing of another unless the death takes place within a year and a day from the cause of death.

The Justice Minister, Andrew Little, said a draft bill will go to the Cabinet on Monday to repeal Section 162 of the Crimes Act.

The section was a factor in the police deciding not to prosecute anyone for the deaths of 115 people when the CTV Building collapsed.

The husband of Ms Abbas, Maan Alkaisi, said the 739 year-old law is "irrelevant".

Mr Alkaisi questioned why police weren't informed of the one year and one day law seven years ago.

It was "totally wrong" the law stopped prosecution of engineers who designed the building, he said.

"I welcome the change so other people aren't in this situation in the future," he said.

He hopes the law change is just the first step towards reform.

"One of the obstacles will be removed but we have suggested other law reforms to do with ACC compensation and engineering regulations."

There are two examples in last seven years - the CTV building collapse and Pike River Mine - where people got away with no accountability, he said.

"We've been fighting for seven years, trying to get some justice - so everybody is happy to see some move on that," he said.

Lawyers working for the government ought to be reforming obsolete laws, not waiting for a victim to ask for change, he said.

"Why are still applying a law that is so old? It's puzzling to me."

The families of the victims have spoken to the Minister of Justice and have submitted a list of reforms formally through their lawyers, he said.

"I believe we have strong evidence there is something wrong beyond the one year and one day limit - the case is still on, let me say."

With modern life support systems the delay between the act and death could be quite a long time so the law seemed "very arbitrary", he said.

New Zealand seems to be the only country in the Western world that still has the rule, Mr Krebs said.

Mr Krebs had never come across the rule being an issue in his practice but expected it would have affected others, such as the case of Pelepesite Poai, who couldn't be charged after he king-hit George Siaosi in Auckland in September 2015.

Mr Siaosi died in January 2017, 15 months later. The law meant Poai could not be charged with murder.