Opinion - The first self-governing country in the world to have given the women the right to vote, New Zealand is the latest country to be anguishing over sexual impropriety. 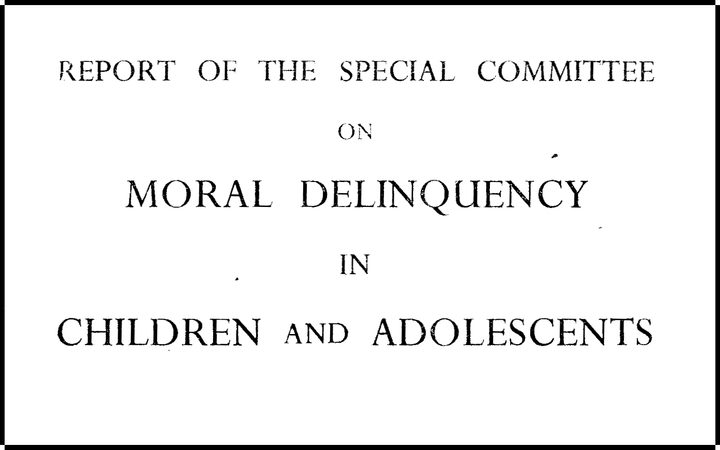 Law firm Russell McVeagh has recently been the object of much scrutiny in this regard. While a sexual harassment scandal at the Human Rights Commission has prompted the government to order an independent inquiry.

The Ministry of Business, Innovation and Employment has also said it will this year compile a national register of workplace sexual misconduct.

The current churn of sexual assault or harassment-related news and possible (or actual) inquiries oddly mirrors the widespread public concern that led to the country's last big sex-related inquiry, which ironically set the scene for the state-run residences that are also the subject of yet another inquiry in 2018.

Time for a history lesson.

Nearly 64 years ago, New Zealand was caught up in the subject of juvenile "immorality" rather than workplace misconduct.

Thus we remember Oswald Mazengarb, the main author of the Report of the Special Committee on Moral Delinquency in Children and Adolescents, better known as the Mazengarb Report, which investigated the "conditions and influences that tend to undermine the sexual morality of children and adolescents". 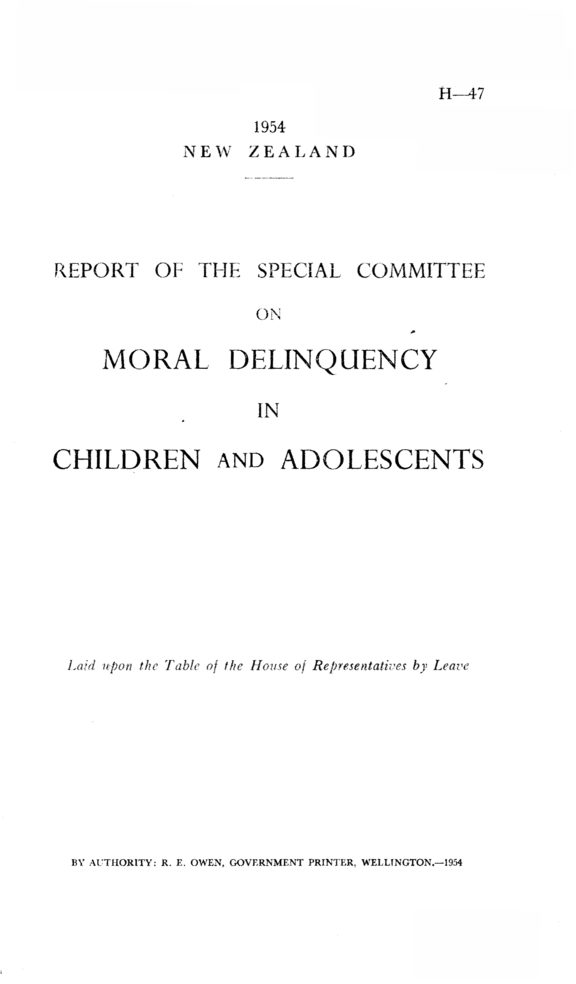 The work was ostensibly spurred by frenzied reports of teenagers engaging in sexual misconduct in the Hutt Valley - a licentiousness that even extended to one instance where a young man was found to have improperly touched the breast of a female associate.

The inquiry was constituted with urgency on the watch of National Party Prime Minister Sid Holland, whose government appointed the seven-member committee on 23 July, 1954.

Mr Holland reckoned it to be a national problem requiring immediate investigation, and his committee got to work just four days later.

In all, evidence was heard from 145 witnesses and 120 written submissions were received. The subsequent 69-page report, served up with rich sauces of indignation and high in political cholesterol, offered 27 conclusions and about 20 recommendations.

So important were those recommendations deemed to be that copies of the 185gm document were delivered to each of New Zealand's 300,000 families.

As posties grumbled about the physical weight it created for them, the country groaned under the document's moral weight, a load made all the heavier by the daily stream of reports and pronouncements about juvenile delinquency that appeared during the hearings.

Seen in retrospect after 60 years, at least some of what Mazengarb had to say wasn't so objectionable. His report despaired over the growth of materialism, the loss of moral absolutes, and what his team saw as a faddish devotion to indulging children in notions of uninhibited self-expression.

Nor was he the first person to suggest that this was a state of affairs which had, ironically, been made possible by the nation's growing economic bounty.

The report pointed out that suburbs in places such as the Hutt Valley, which had been centrally planned and quickly settled, tended to lack anything of a community spirit (associations, church groups, establish sports clubs, parks) or the presence of better-heeled citizens who might help stop the rot.

These were the kinds of citizens who might be benevolently inclined to help their neighbourhoods evolve. Young people in such places, he argued, were always going to be a bit more aimless than their counterparts in more organically established townships.

But the Mazengarb Report was never intended as a sociological study.

Yes, it acknowledged, getting to the main subject at hand, sexual misconduct among the young was a worldwide problem, and probably always had been. What was "entirely new" in New Zealand was a young generation collectively convinced that "they are not doing anything wrong".

So what was to be done? Here the committee joined some interesting dots.

Among the trends it noted was that, during this recent period of alleged moral decline, the number of children in residential state care had been in decline.

Were these two facts related? Mazengarb seemed to think so.

Among his recommendations: a radical strengthening of child welfare work and the powers of the children's court, especially in respect of finding new ways to protect other children from the nefarious influences.

In 2018, we know what became of that last recommendation - its legacy of institutional care is soon to be the subject of a Royal Commission of Inquiry.

* David Cohen, a former ward of Epuni Boys' Home, is the author of Little Criminals (Random House), a portrait of the state-run children's residences that operated in New Zealand between the 1950s and late 1980s.