Corrections says it will review its processes after it was discovered 11 sex offenders were living less than a kilometre away from a South Auckland school. 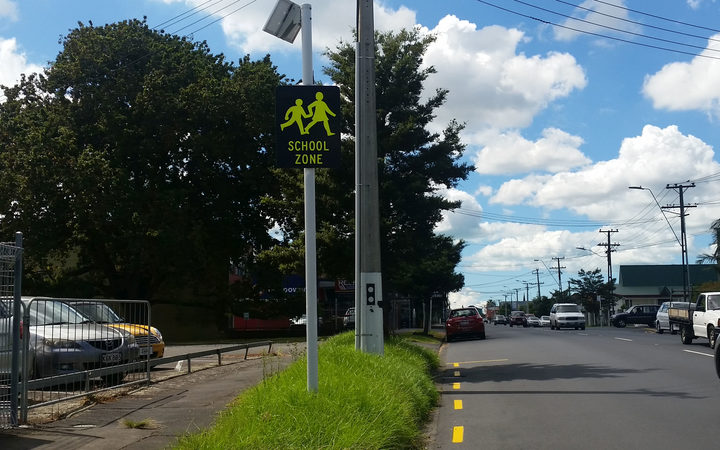 It was reported last night the offenders - eight of whom were under extended supervision - had been moved from the privately-run lodge they had been living at.

Some have lived there since 2015, but three had moved there within the last two weeks.

In response to concerns raised, all 11 of the offenders were moved out of the area over the last two days, Corrections northern regional commissioner Jeanette Burns said.

Six have been moved to accommodation on prison grounds.

"We listened to the community's concerns and we recognise that the numbers had got higher than we wanted them to be because we had to move three down from Whangārei."

It was general practice to tell schools if there were offenders living nearby, she said.

"We recognise that in this case we didn't talk to the schools early enough and didn't give them enough information - we are genuinely sorry about that.

"We are reviewing where all our extended supervision offenders are living now and seeing if the right people have been notified - this will take us a couple of days.

"We've spoken to two schools nearby and have made arrangements to go to others and early childhood centres," she said.

Ms Burns said over 200 people were under extended supervision in New Zealand.

"There's no particular reason why there was a high number in Ōtāhuhu other than we have a good relationship with the lodge owners, and the offenders are able to meet the cost of living there."

"Over 15,000 people are released from prison every year. Housing them - especially ones under extended supervision - is one of the biggest problems facing Corrections, especially in Auckland where there is a housing shortage." 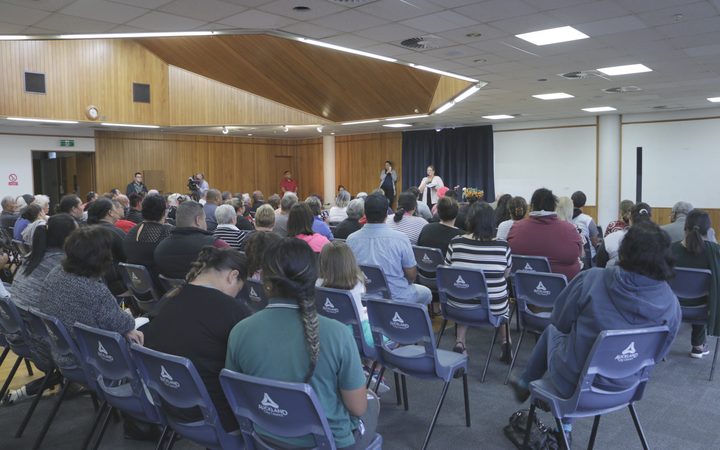 The Ōtāhuhu community meeting to air grievances over the 11 child sex offenders that were housed in the community nearby to two schools. Photo: RNZ / Eva Corlett

At a public meeting last night, about 100 Ōtāhuhu residents cheered and clapped as local board member Christine O'Brien announced the offenders had been moved away.

But many people still had questions over why Ōtāhuhu had been seemingly singled out and why so many were allowed to move in the community.

"What is the process in place, for [Corrections] to place these people in South Auckland, let alone Māngere-Ōtāhuhu?" one woman asked.

Some wanted answers over who had failed to notify schools and the community, while others hoped Corrections would learn from their foul-up.

"It's quite an extreme amount to put in one house and one community," one mother said.

While she said it was "good" for people to be rehabilitated, it "wasn't fair for one community to have so many people that are high-risk" and not be aware of their presence. 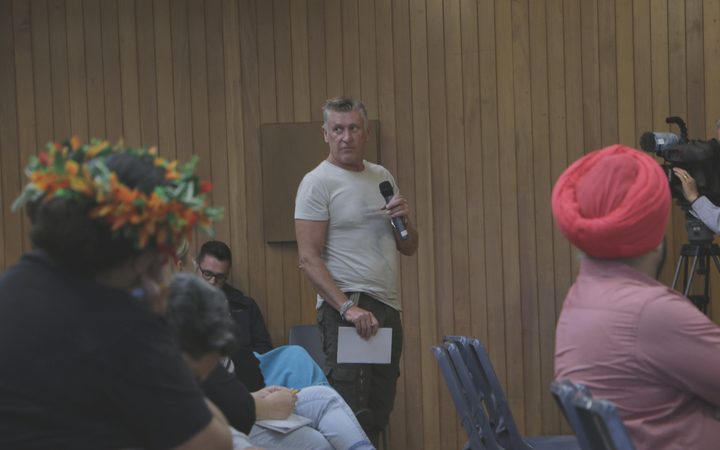 The Ōtāhuhu community meeting to air grievances over the 11 child sex offenders that were housed in the community nearby to two schools. Photo: RNZ / Eva Corlett