A bogus checkpoint run by the police to obtain details of euthanasia supporters was unlawful, the police watchdog has ruled. 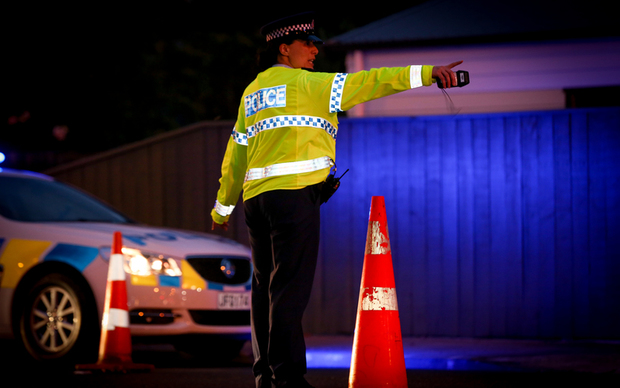 About 50 vehicles were stopped at the checkpoint in Lower Hutt, seven of them containing people who had been at an Exit International meeting.

Police were investigating a possible suicide at the time, and were seeking evidence to support a prosecution of Exit International member Susan Austen for assisting with that.

Police later visited some of the people they had stopped, saying they were concerned about their welfare.

The Independent Police Conduct Authority spoke with some of those targeted by the police, who expressed their dismay at the visits.

However authority chair Judge Colin Doherty said there was no evidence to suggest the checkpoint was part of a plan to target Ms Austen, who was acquitted last month of aiding another woman's suicide

"Police were well-motivated and concerned for those people that they were dealing with at the time," Judge Doherty said.

"We didn't find that there was any ulterior motive for collecting and using the information the way they did, other than to be concerned about the welfare of the individuals."

Police told the authority similar checkpoints had been used in the past for intelligence gathering.

But Judge Doherty said he did not believe that was a widely held view in the police, and he would be concerned if it was.

The IPCA said police's decision to visit people who had attended the Exit International meeting did not breach the Privacy Act.

However, Privacy Commissioner John Edwards initiated his own investigation into the incident in October 2016 and found the collection of information was unlawful, unfair and harmful.

Mr Edwards said he had received complaints from the individuals affected, who said the visits from police made them feel anxious and uncertain about their ability to speak freely.

The investigation was completed in July 2017 and found police actions breached principle four of the Privacy Act, which relates to how information can be collected.

"Police used an unlawful checkpoint to take advantage of the public's trust in them and collect information from people who were not legally required to provide it," Mr Edwards said.

"Police approached them after unlawfully collecting their information, and questioned them about a socially and politically sensitive subject. It is fair to say that the actions by the police officers caused those complainants harm."

Police had apologised and deleted the information and Mr Edwards said that was an appropriate resolution to the privacy complaints.

However, staff had acted in order to protect life and did not intentionally break the law, he said.

"While we recognise the welfare support visits had an impact on those visited, the authority accepts that these visits were well-intentioned and in line with operational policy," he said.

"Police has an obligation to enforce the law and a duty to protect life and safety, regardless of the situation."