Striking workers have forced Lyttelton Port to close and will cause serious supply shortages, the port company says. 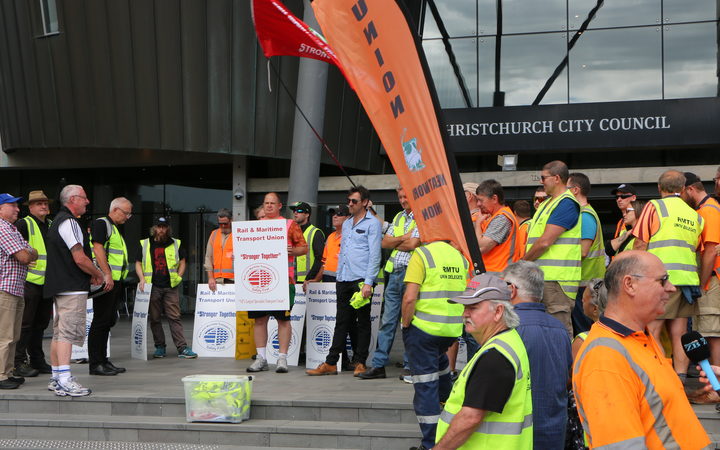 The Rail and Maritime Union's 201 members at the port are striking for 13 days after negotiations with Lyttelton Port Company broke down.

The port manages more than half of the South Island's container volume and operations manager Paul Monk said the likely impact of the strike bordered on being irresponsible.

"Almost everything the region needs has to come through our port - from jet fuel and diesel to fruit, cement, coffee and cars," he said.

"We are also the gateway for key exports including meat, dairy logs, wool and coal."

The company was committed to resolving the dispute but could not accept what he called the union's unreasonable salary demands and inflexible position.

Union organiser John Kerr said the two key sticking points were the port company's refusal to pay staff who returned to work after an earlier strike notice was lifted, and refusal to give parity with another port union, the Maritime Union of New Zealand.

The union had not taken strike action for 14 years and the members were resolute in their stand, Mr Kerr said.

Kiwirail said the strike action was likely to disrupt some rail services to and from the port.

It was working with its clients to provide alternative options to move freight.