Some of the 200 Lyttelton Port workers on strike are expected to picket in Christchurch today, after negotations over pay and safety broke down. 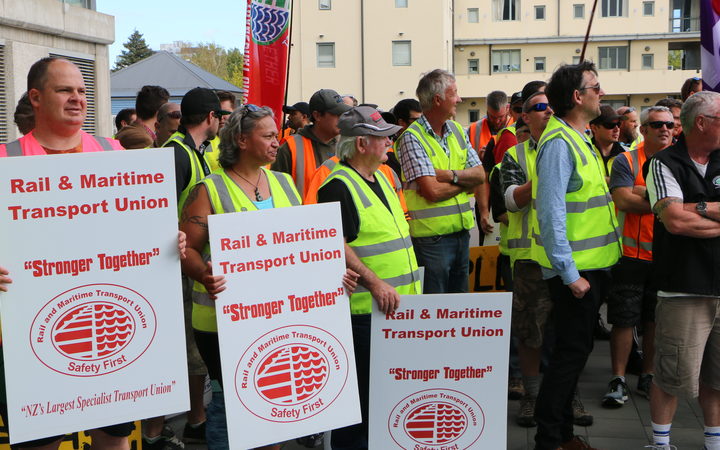 The workers have gone on strike for 13 days, beginning overnight.

Representatives from the port company and Rail and Maritime Transport Union met yesterday to try to avert the strike, which nearly half the port's staff is participating in.

Union organiser John Kerr, said the port company refused to pay about 70 members for some scheduled shifts last week, after strike action was delayed last week as a gesture of goodwill.

That had become a sticking point in negotiations and resulted in the strike notices being issued yesterday, he said.

"We will have publicity and information pickets at the port and also at the other Lyttelton Port Company locations in Christchurch, as well as [outside] other major freight companies," Mr Kerr said.

"We'll liaise with the police and we'll ensure that those pickets are lawful and peaceful."

The union was now arguing that workers should be paid to come to the port and do nothing, he said.

"Shipping lines cannot continue to revise their vessel plans if [the union] continues to withdraw strike notices with insufficient time for ships and cargo to be diverted back to our port," Mr Monk said.

"But [the union's] unreasonable salary demands, for more than double the current inflation of 1.6 percent, and its members' absolute determination to strike, make it extremely difficult to reach a settlement," Mr Monk said.