Kaiaua residents whose homes were badly damaged in flooding in January are being encouraged to take advantage of a fund set up to help them. 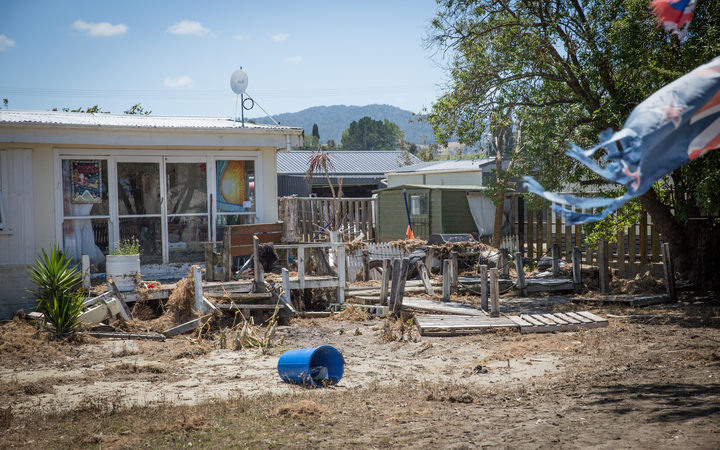 About 240 homes in the small town near Thames were inundated when a storm hit at the same time as a king tide, with about 84 of them severely or moderately damaged.

Hauraki district mayor John Tredidga said a fund set up to help anyone suffering hardship as a result of that had $40,000 in it.

But he had been surprised at how few people had come forward.

"One of the things about New Zealanders, they never seem to want to put out their hand for something, they just get on with their lives don't they, but we are encouraging people to apply."

Some people had applied, he said, but he was sure others needed help.

They should put aside any reluctance to get a handout, and seek assistance if they needed it, Mr Tredidga said.

The district council would waive building consent fees for residents who wanted to raise their floors to prevent further flooding.

Mr Tredidga said most of the 240 flood-hit homes were uninhabitable without significant repair.