About 100 guests stuck at Blue Duck Station near Taumarunui are to be evacuated by helicopter later today. 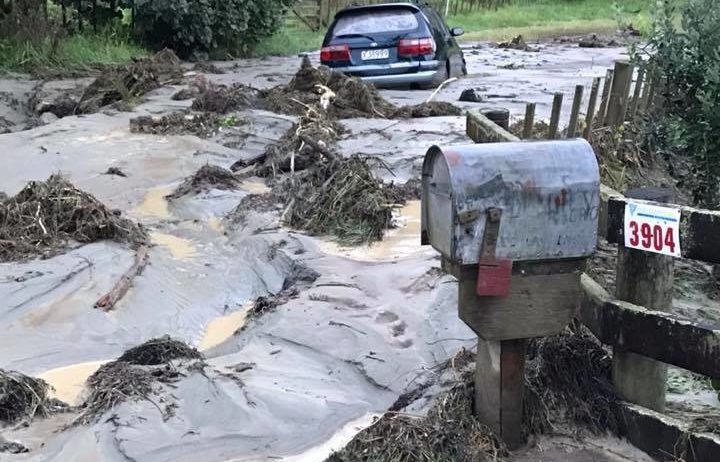 Around 120 people were trapped yesterday afternoon, but 14 have since been airlifted out.

Work to clear the roads of slips has run into difficulty, with new slips coming down trapping machinery.

Ruapehu Emergency Management Officer Nick Watson said the decision had been made to try and fly the stranded guests out this afternoon.

He said they would also be flying in fresh supplies of food and water for about 20 people, including the lodge owners and staff who will be remaining behind.

Yesterday, helicopters delivered an electricity generator to the station. 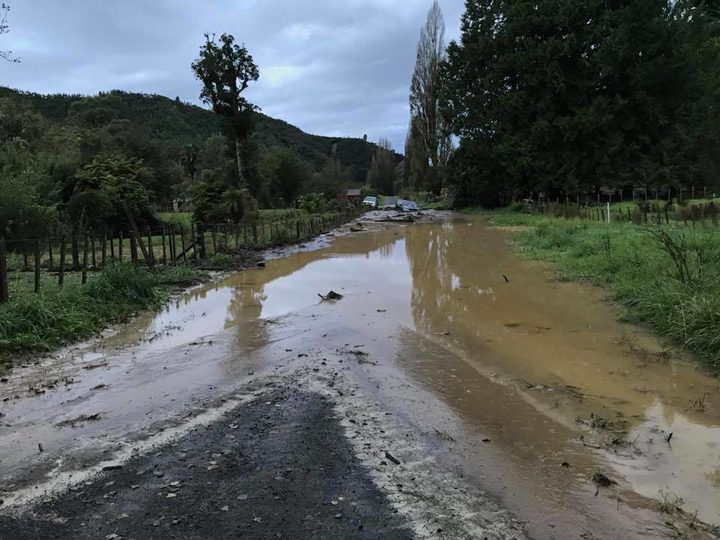 Residents around Gisborne have been warned the heavy rainfall was heading their way.

And flood barriers were set up in Whanganui last night but river levels have started to drop.

There was a low sitting to the east of Gisborne and that was expected to drift away, while rain eased.

"The warning currently from Gisborne southwards, including the Wairoa District of Hawke's Bay...can expect in the area of 15 to 25 millimetres of rain an hour," he said.

Meanwhile, part of State Highway 56 in the Horowhenua district has been closed due to flooding.

The stretch of highway in the Opiki area, has been shut off between the intersections of Tane Road and Alve Road.

Motorists are being adivsed to use State Highway 57 instead.

Heavy rain in #Gisborne this morning with 17.8mm falling from 6-7am. The current heavy rain warning over Gisborne and Wairoa is set to remain until 1pm this afternoon - https://t.co/Sd5C6lrsSL. Take care on the road if you're heading out. ^AC pic.twitter.com/oOggFgh99I