Transport Ministry fraudster Joanne Harrison has been denied parole for a second time because she remains an undue risk to society. 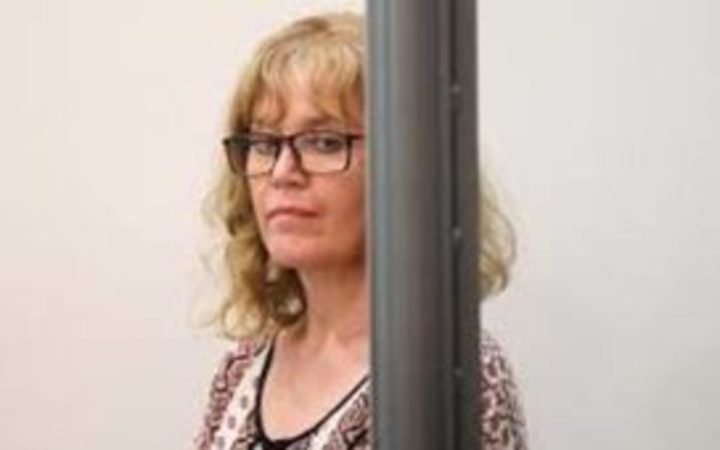 Harrison stole nearly $750,000 dollars over four years while employed as a senior manager at the Transport Ministry and was sentenced to three-and-a-half years in prison in February last year.

At her Parole Board hearing at the Auckland Region Women's Corrections Facility last week Harrison said she had done "ridiculous things with the money" she'd stolen.

The board heard that by the time Harrison was caught, after several promotions at the Transport Ministry, she was on a salary of more than $235,000 a year.

Harrison calculated her fraud was bringing in about an extra $9000 a month, although the Parole Board panel thought it might be closer to $17,000 per month.

Harrison told the Parole Board she'd given extra money to her business partner, as well as giving money to charity and buying food parcels.

But the Parole Board said the evidence showed Ms Harrison had spent the stolen money paying off the mortgage on her house in Northland and paying off her credit cards.

In May 2016, having being stood down at the Transport Ministry, Ms Harrison transferred the ownership of the house to her partner Patrick Sharp and briefly fled the country.

Asked about her offending at the ministry, Harrison repeatedly told the Parole Board she had a "co-offender", who had established the companies which were then used to defraud the ministry.

Her business partner was a former Transport Ministry staffer, who received 30 percent of the stolen money.

A report commissioned by the Transport Ministry shows the business partner also began shredding fake invoices when Harrison alerted her to the investigation.

The Serious Fraud Office told RNZ it "did not consider there was sufficient evidence to provide a reasonable prospect of conviction in respect of Ms Harrison's business partner".

The Parole Board said Harrison's emphasis on her business partner was an attempt to "deflect full responsibility" and minimise her own role.

The board suggested the business partner had been "hoodwinked" and ended up "ensnared" in Harrison's scheme.

Harrison told the board that her time in prison had made her confront the reality of her offending and that she accepted for the first time she had "damaged people and relationships beyond repair".

"Whilst in the community she has been a recidivist, manipulative fraudster with a unique ability to persuade, deceive and mislead others," the board said in its decision.

"We are not satisfied that her undue risk to the community has been reduced to a level that, over the remaining two years of her sentence, could be safely managed in the community."

Last year the Australian police issued an arrest warrant for Harrison regarding the alleged offending in 2010.

Her lawyer Nathan Bourke told the Parole Board his legal advice to her is that she is under no obligation to return to Australia to face the charge.