Convicted Ministry of Transport fraudster Joanne Harrison has had two months added to her sentence for defrauding another ministry. 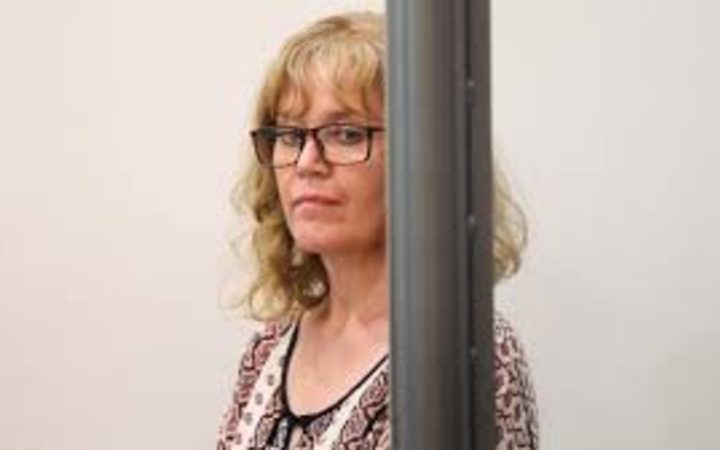 Harrison was sentenced in February to three-and-a-half years in prison for stealing $723,000 while working as a manager at the Ministry of Transport.

This afternoon she returned to court at the Kaikohe District Court via video link after earlier pleading guilty to three charges - obtaining by deception and two charges of using a document for pecuniary advantage.

The charges stem from before her work at the Ministry of Transport.

Harrison falsified a pay verification slip from the department payroll in order to claim $6444.13 dollars of Domestic Purposes Benefit.

She falsely claimed she was earning $482 a week when she was actually earning almost four times that - $1842.

Ministry of Social Development lawyer Sheryl Manning told the court that Harrison was caught as part of an ongoing investigation by government departments into her conduct.

There was a "moderately high level of pre-meditation" and her conduct needed to be denounced and deterred by the sentence, she said.

"The ministry relies on the honesty and trust of beneficiaries," she told the judge.

However, Harrison's lawyer Nathan Bourke said while there were no mitigating factors, she had been a model prisoner and had undertaken courses while in prison.

When investigators brought the matter to her attention she made full confessions and argued her sentence should be concurrent with what she was already serving, he said.

Judge Maude said she had a history of fraudulent activity.

The offending fell between a conviction for fraudulent documents in 2007 which resulted in a community work sentence and February's conviction relating to fraud between 2012 and 2015.

He said he had to consider how the judge would have sentenced her in February had he known of the offending.

"I believe he would have added a further two months."

He sentenced her to two months imprisonment to be served cumulatively.

A history of fraud

Harrison was stood down from her senior role within the Ministry of Transport in April last year when the fraud was discovered.

When sentenced in February, Judge Sunjay Patel said the offending was premeditated and calculated and noted she had been convicted for similar offences before.

In August, Mr Matthews resigned from his position following a critical report into how he handled the case.

The State Services Commission also held a separate inquiry into whether Harrison was able to restructure whistleblowers out of the Transport Ministry.