Opinion - Steven Joyce summed up his time in politics with "I like to get on and get things done". And with his resignation decision, that is what he has done. 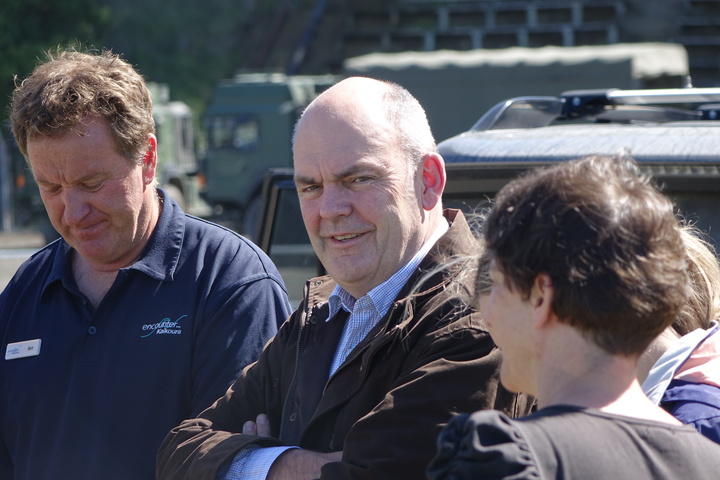 Few politicians can point to a record of achievement quite like Steven Joyce's. Five very successful election campaigns, part of a finance team that delivered the country back to surplus, and unexpectedly quite a bit of profile on late night US TV shows.

His resignation also made Simon Bridges' Shadow Cabinet discussions easier. Ahead of an announcement early next week, Mr Bridges will be trying to maintain the unity and support of the party by using the experience and skills of his former leadership contenders. By not having to fit Mr Joyce into this front bench, or be seen to effectively demote him from the shadow finance portfolio in a reshuffle, he gives Mr Bridges more room to move.

The new Opposition leader also needs to elevate some backbenchers to show that he sees the depth of talent across the party and wants to develop it. He has already indicated that there are second term MPs that he has been impressed with - Sarah Dowie, Todd Muller and Stuart Smith. This is a signal that he is looking to promote them. Mr Joyce's resignation means that a place has opened up.

The refresh goes further to outside parliament. Since the election, Mr Joyce would have known that senior MPs like him were effectively blocking new MPs coming in. Nicola Willis, who ran for Wellington Central in 2017, is set to next come in on the list and she will be a strong addition to the National team.

Some will argue that Mr Joyce's resignation ahead of the Shadow Cabinet announcement is a sign that he doesn't believe in Mr Bridge's leadership. However, it is in fact a sign of respect for the party that he wants to give them the best chance of winning in 2020. Mr Bridges and Mr Joyce worked closely on many initiatives while in Government. Some very successful - like the Roads of National Significance.

Finance Minister Grant Robertson will be breathing a temporary sigh of relief. Regardless of what you think of the comparable skills of the two men, as a minister Mr Robertson will be relieved to not have a man that has had eight years of analysing the government books looking over his shoulder. In this way, Mr Joyce will leave a hole in the front bench of the Opposition but there are people with the skills to fill it. Amy Adams is a former Associate Minister of Finance, as is Mr Bridges, who will work closely with whoever he chooses to take on the shadow portfolio.

One of the strengths it was always said of John Key was that he knew how and when a refresh needed to happen. He dealt respectfully and deftly with ministers who needed to move aside to bring new blood through. Mr Joyce, as one of Mr Key's closest advisors, would have been part of those discussions and understands more than most about the importance of presenting a fresh team to the New Zealand public.

Steven Joyce has always been seen as the strategy man for National. His decision to resign was yet another part of that strategy.