A network of self-resetting rat traps are being laid out in the Whareorino Forest in western King Country to help protect the Archey's frog. 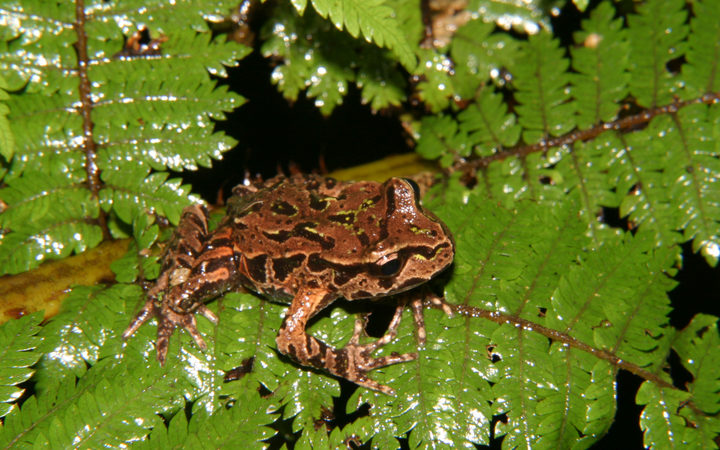 It is estimated that between 20 and 25,000 of the native frogs remain.

The Archey's frog can only be found in the Whareorino Forest, Pureora Forest and on Coromandel Peninsula.

The Department of Conservation describes Archey's frogs as modern day dinosaurs that are almost unchanged from their 150-million year old fossilised relatives.

They are also some of the oldest frogs in the world.

The frogs are an important part of the ecosystem and due to their sensitivity to environmental conditions through their wet, porous skin they are key indicators of a healthy environment.

The frogs are very susceptible to predators, particularly rats. Other threats include disease and climate change, the Department of Conservation said.

It said the Goodnature A24 traps are a new tool in the toolbox for rat control.

About 1300 of the gas-powered traps are being deployed to double the protected area of 600ha in the northern area of Whareorino.

Goodnature technical expert Sam Gibson said the traps reset themselves up to 24 times before needing to be reloaded by a human, while traditional traps needed to be checked every two weeks.

The Archey's frog lives predominantly up in trees and the climbing nature of ship rats put them in extreme danger, he said.

The International Union for Conservation of Nature has listed the Archey's frog as critically endangered.