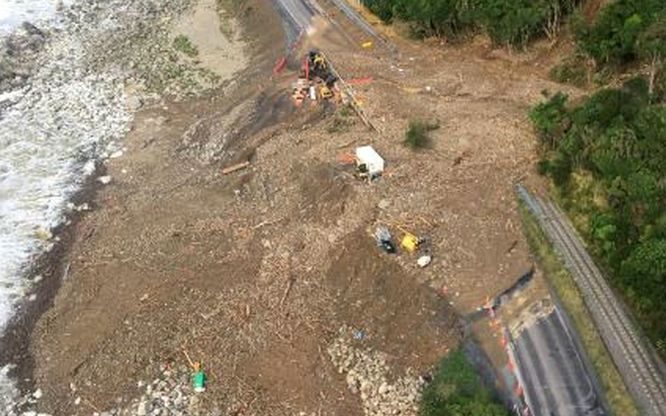 One of the landslips that blocked SH1 around Kaikōura after Cyclone Gita. Photo: NZTA

Crews have worked to clear debris on the track which were triggered by exceptionally heavy rain in Kaikōura.

At one site 30 centimetres of rain fell in 15 hours, more than three times the usual monthly average for the area.

KiwiRail said crews also took advantage of the track closure to replace one of the temporary bridges put in, in early September, with a new permanent structure.

It said it has been able to restore the track to the same condition it was prior to the storm and will continue to work towards resuming services to what they were before the earthquake in November 2016.