Auckland Transport rejected advice in 2015 to repair the land problems at a Northshore carpark despite an engineer's report saying there was a high risk of further failure. 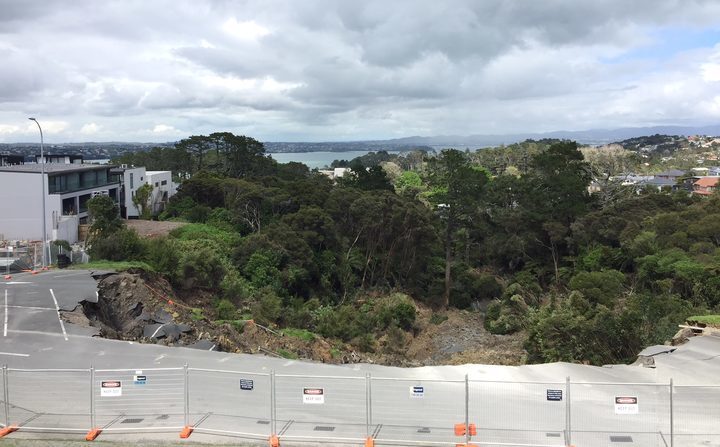 Part of the carpark slipped down the valley. Photo: RNZ / Zac Fleming

A geotechnical report into area more than two years ago said there were tension cracks, slope failures and localised surface cracking.

Auckland Transport were recommended three options, which included spending $550,000 on a cantilevered retaining wall, or a similar sum on reinforcing the soil structure.

The agency decided to take the "do minimum" approach, which involved regular monitoring given the high cost of the repair work. 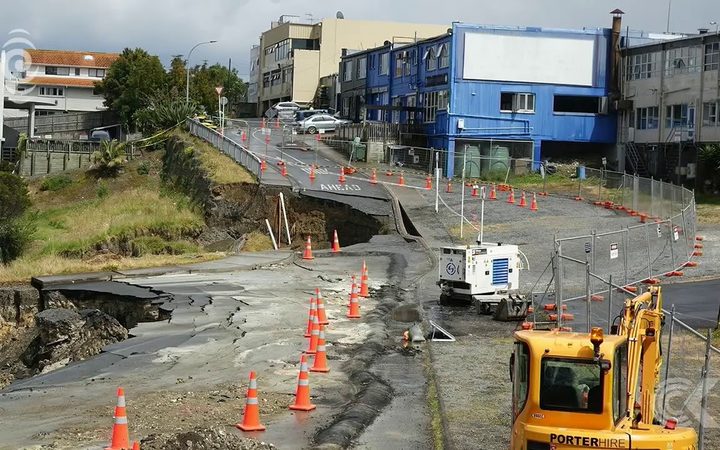 The report said given the high costs for the other two options, monitoring was the "most feasible and appropriate approach."

But the deputy chairperson of the Kaipātiki Local Board, Danielle Grant, said she was astounded this information was kept secret.

"We should be the glue in the middle that brings this together and when they don't involve us that is just not acceptable," she said.

"We are elected to support our community [and] Auckland Transport need to let us do our job."

Ms Grant said the loss of the carpark and the slip had significantly impacted on the community there and they deserved to know.

In a statement from Auckland Council and Auckland Transport, they said the more expensive options may have provided some extra stability to the slope but it was possible they would not have prevented the slip from occurring.

They said cracks in the carpark were not filled when they received the report, as it had been identified for future resurfacing.

The council is now spending $3.85 million to fix up the affected area.