The lawyer for a group of Indonesian fishermen seeking $6 million from their former employer says a Supreme Court decision in their favour is just a small step on their path to justice. 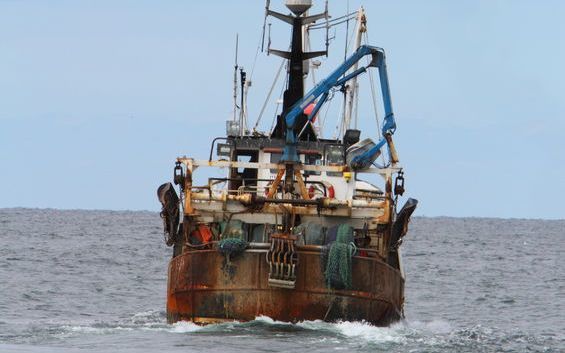 The court has ruled that the fishermen can claim proceeds from the sale of vessels forfeited to the Crown by their former employer.

Karen Harding said the men were delighted with today's decision but it could be at least another 10 years before their case was fully resolved.

The fishermen worked for the South Korean company Sajo Oyang, in New Zealand waters from 2008 to 2011.

As well as not being paid, the fishermen claimed they were treated like slaves and forced to live in cockroach-riddled spaces, sleep in wet bedding and eat flea-ridden food.

In 2012 and 2014 the New Zealand government seized two of the company's boats after an investigation into fisheries crime.

The men have since sought the right to claim proceeds from the sale of those vessels to offset what they're owed in unpaid wages.

The key issue in the case was whether the appellants' interest in the vessels was limited to the boats on which they had worked and to wages earned on those vessels or whether it could be extended to other forfeited vessels which the men had not worked on.

That required the Supreme Court to consider the relationship between the provisions of two separate pieces of legislation, the Fisheries Act and the Admiralty Act which regulates matters relating to ships.

The Court set out the requirements of the Fisheries Act when a boat is forfeited to the Crown.

"Under the procedure provided, the chief executive of the Ministry for Primary Industries must publicly notify details of the forfeit property and of the right to apply for relief."

"Any person claiming an "interest" (as defined) may apply to the court for 'relief from the effect of forfeiture on that interest'."

In its decision the Supreme Court said Admiralty law had always recognised that those working on a vessel had a privileged claim over it in respect of unpaid wages.

"The Admiralty Act confers admiralty jurisdiction in respect of, amongst other things:

In its decision released today the Supreme Court unanimously ruled in the fishermen's favour, concluding their claim for unpaid wages constitutes an 'interest' in the forfeited vessels, regardless of whether the wages were earned on the boat in question.

'I want New Zealand to do something about it'

Their lawyer Karen Harding said she had worked on the men's case for several years without any payment, because she felt bad about all they had endured.

"They were promised what were said to be good jobs, to come to New Zealand on work permits to work on these Korean fishing vessels. They came and they got raped, they got abused, they got molested, they had insects in their food, their rooms were full of cockroaches and mice.

"They had to put their houses and paddy fields up to guarantee these fantastic jobs in New Zealand so if they tried to get off the boats or resign they would have that property forfeited from them and make their families homeless."

She said more needed to be done to help them.

"I'm into helping the underdog and helping these vulnerable people, human trafficking victims get justice and I think it's wrong that it happened in New Zealand and I want New Zealand to do something about it because they have done nothing to help the individuals get paid and to see that the victims are restored."

Ms Harding said the fishermen became slaves at sea and were on-call 24 hours a day and made to work seven days a week.

Sometimes they worked 24-hour shifts without being able to have a break for a few hours.

Ms Harding said their fight was far from over as today's decision only related to one sub-section of the law and there were 10 others to be tested in Court, covering such matters as whether the men filed their claim in time.

Comment was sought from the Ministry for Primary Industries but no response was received.