The man who abducted a young woman from an inner-city street and took her to a Riverhead quarry where he sexually attacked her is also a repeat rapist, it can now be revealed. 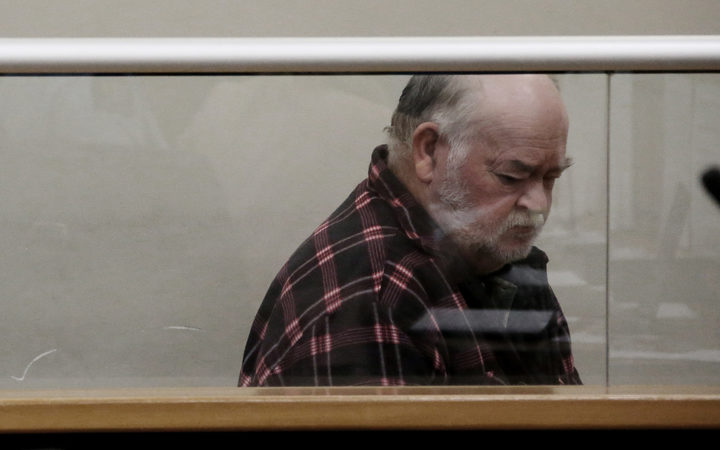 In the High Court in Auckland yesterday Colin Jack Mitchell was convicted for kidnapping, causing grievous bodily harm and assaulting a woman with intent to sexually violate her.

In her closing address, the Crown prosecutor Kirsten Lummis said: "Mr Mitchell has a dark side. It comes out late at night and in the early hours of the morning when he's alone, wanting to dominate women, young women, wanting to show power and control."

RNZ News can now report Mitchell's other offending. He has also just been convicted of a 25-year-old cold-case west Auckland rape, that until now was subject to a suppression order.

DNA from a glove left at the quarry led police to him.

It can also be revealed the 60-year-old Onehunga truck driver has a conviction for the rape of a sex worker in 1984.

In the earlier case, Mitchell drove the sex worker to a secluded area in Mt Eden and raped her before going through her bag and driving off.

He also threatened her, saying that if she told anyone what had happened, he would get 10 of his friends to do even worse things to her.

Mitchell was sentenced to five years in prison, as the tariff in those days for rape was much lower.

Shortly after getting out of prison Mitchell raped again, but this time the crime went unsolved for 25 years.

It was only tied to Mitchell when DNA from a glove he left at the scene of the quarry attack matched the DNA of the unsolved 1992 rape.

The woman told Mitchell's trial she had just been to a gig at Ponsonby's iconic Gluepot venue and was walking home when she was offered a lift by Mitchell.

He dropped her at an industrial area in West Auckland, telling her he worked nearby and then drove off.

A short distance down the road a man jumped out from behind a tree and punched her in the head and face before putting her in a headlock and pulling her down a driveway to a truck turning bay behind a factory.

She bit him on the hand and was punched again. She told the court she thought she was going to die.

She said Mitchell demanded she kneel down and take her clothes off. He used her clothes to cover her face and then raped her.

"My mind was taking a little bit of a holiday. I was in shock. I couldn't believe this was happening to me."

She told the court she was "babbling" and tried to strike an emotional chord with her attacker in the hope he wouldn't kill her.

She told him "don't hurt me, I want to go home to see my children. I started babbling a lot about my children. He asked me how old they were".

She said he apologised before ransacking her bag, tying her up, gagging her and telling her to stay still for 20 minutes.

He threatened her, saying he knew his way around Avondale and she'd end up in a dumpster if she didn't do what he said. Then he left.

The woman said she got free from her ties, got dressed and rolled a cigarette.

"I was grateful for being alive but I was really scared, really scared that I might make a noise and he might come back."

She walked down the middle of the road before seeing a payphone and calling the police.

The woman told the court that police initially sent out a security guard who "freaked me out". She said she felt like running away, but stayed put until officers arrived.

She was kept awake for the rest of the night, went through a medical exam and made a formal statement later that morning.

The woman said she felt stupid for having got into a car with a strange man, and because of her treatment by the police, she told them she had been picked up by a woman.

She said she felt like the police officers didn't believe she had been raped.

"I think I was pretty shell-shocked actually, the whole process was pretty revolting. It was just a bit too much."

Later she said: "They [the police] weren't very nice. They were treating me like a criminal, like I deserved it."

Mitchell's lawyer Mark Ryan put it to the woman that she had met Mitchell at the Glue Pot and the sex was consensual. She replied: "Hell, no."

Under re-examination from Crown prosecutor Kirsten Lummis, the woman said when police officers approached her last year to tell her they had arrested the man who raped her, the experience was completely different.

"It was nice. It was relaxed. It was easy. I didn't feel like... I felt like a person on the right side of the law... [previously] I felt like I had done something wrong and was being brought in for questioning."

When asked by Ms Lummis how she felt when asked by Mr Ryan if she was making up her story, the woman responded "like I was back in 1992".

Mitchell will be sentenced for both sets of offending in May. Ms Lummis has told the court she will be asking for a sentence of preventive detention - meaning Mitchell will have to prove he is no longer a threat to society before he is released from prison.