Australian Prime Minister Malcolm Turnbull has defended his government's policy of deporting New Zealanders who have served more than a cumulative year in prison. 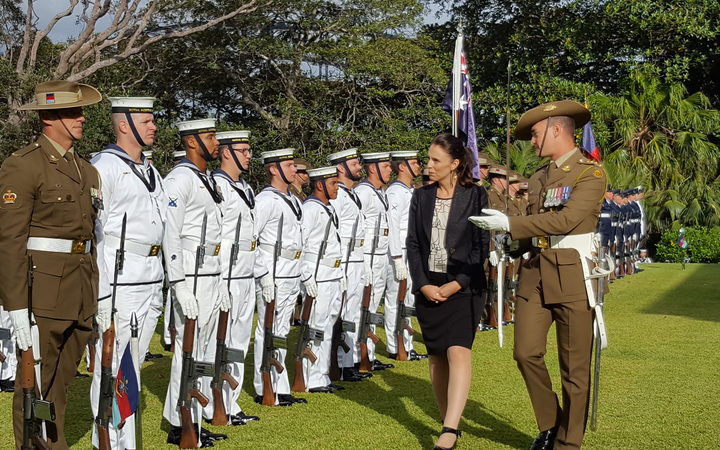 An Australian government policy, which has been in place for more than three years, means non-citizens of Australia can be deported if they have served more than a cumulative year in prison.

Ms Ardern stressed that her government was not happy with aspects of the policy, but acknowledged Australia was acting within its rights.

"There is a right of appeal which a number of the deportees take up ...we were both advised earlier today that just under 40 percent of those appeals are successful, so the process is in accordance with Australian law, and the process is a fair and just one."

He was also asked again why he would not take up New Zealand's offer to resettle 150 refugees, who are currently on Manus Island.

"We are focussed on completing the much larger arrangements with the [United States] so we'll do that, we'll take that process through to its completion, then we will consider other options."

Ms Ardern reiterated that the offer remained on the table.

The two leaders agreed to investigate ways to boost the flow of business and exports, from small and medium sized businesses, across the Tasman.

Ms Ardern said she and Mr Turnbull agreed to commission a joint programme of work to investigate the factors that help to contribute to the success of those businesses.

"We have also agreed to jointly commission a review of our policy and regulatory frameworks to ensure that they are creating an environment in which trans-Tasman digital trade is as open and facilitative as they are for conventional trade."

Ms Ardern was formally welcomed to Australia in a ceremony at the Australian Governor-General's official residence in Sydney this morning.

Ms Ardern and Mr Turnbull held a quick on-on-one meeting before they went into formal talks with officials.

During their one-on-one meeting, Mr Turnbull said important strategic matters were discussed, like the two countries joint missions in Iraq and Afghanistan.

At the start of the formal meeting, he said the friendship and partnership between the two countries was enduring and was getting closer all the time. 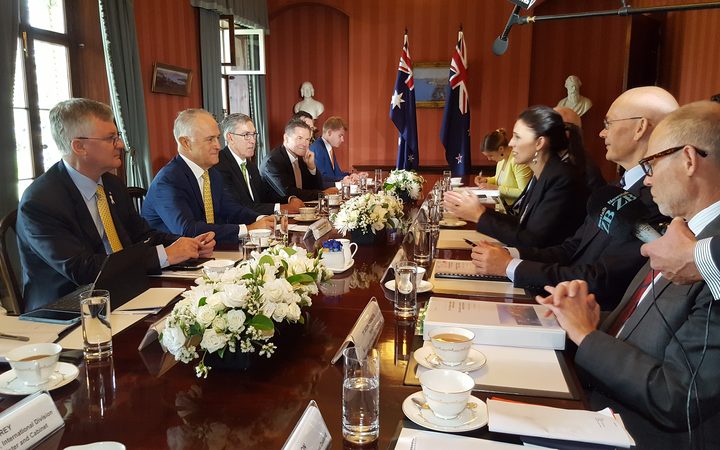 "Fundamentally, our alliance ... is built on shared values, that's the most important thing.

"Shared values, democracy, the rule of law, freedom, the enterprise of Kiwis and Australians working together."

Ms Ardern thanked Mr Turnbull for the welcome, and his hospitality at his home last night.

She said the two countries' shared values were the foundation for their talks, and she believed they had a chance to strengthen their economic ties even further.

Ms Ardern returns to Auckland late tonight, then departs on Sunday for the Pacific Mission.