No sign of a cat has been found on Rangitoto and Motutapu Islands after earlier reported sightings, the Department of Conservation says. 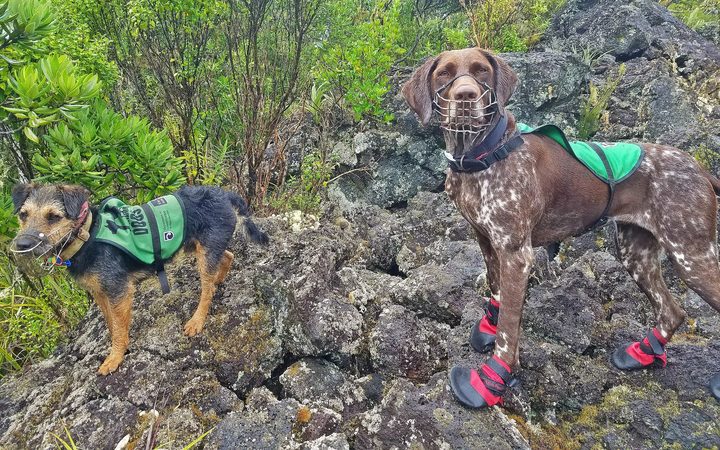 Search dogs Milo and Rio have left the island after no sign of a cat. Photo: Supplied

Earlier this month, there were two reported sightings of a black cat on either side of Islington Bay which connects the islands by a bridge.

DOC said following 10 days of extensive searching with predator detection dogs, no evidence of a cat had been found.

"We've scaled down the operation we launched in response to reports of a cat at Islington Bay, we launched the response because a cat poses a serious threat to native birds and other native wildlife on Rangitoto and Motutapu.

"Rangitoto and neighbouring Motutapu have been free of cats, rats, possums, mice and other animal predators and pests since 2011," Mr Gell said.

He thanked the people who reported seeing a cat because DOC needed to hear from the public if they saw any sign of a cat or dog on any pest free island.