The future of Auckland's beaches and waterways will be doomed if the council is granted a consent to discharge stormwater for at least three more decades, an environmental researcher is warning. 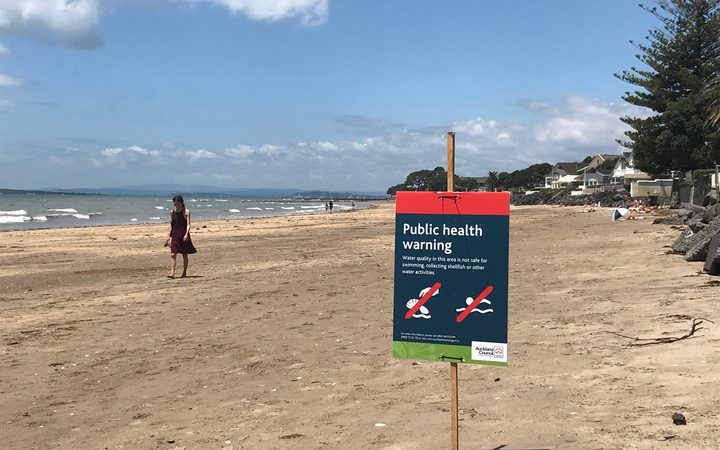 The Auckland Council has applied for a 35-year consent to both divert stormwater through the public network and overland as well as discharging it into the environment.

Researcher John McCaffery said the application was insulting - as there was growing public concern over the discharge of contaminated storm-water and sewerage.

"Here we are right in the middle of conversations on how to deal with it and the council is saying in 30 days time we want you to give us approval to do whatever we choose to do for 35 years without constraints.

"Everyone in Auckland is hoping the council will adopt measures that will stop the overflow of stormwater and sewerage into streams and the beaches," Mr McCaffery said.

He said despite the consent having three-year reviews it was still a blank cheque for the council to do what it wanted.

"The council holds all the cards, it decides whether it does a review, it decides if issues raised are reasonable, so it's a jack-up.

"Stormwater is just as contaminating in urban areas as sewerage is, it carries zinc, lead, oils, diesel, animal waste and anything that's on the roads."

Mr McCaffery said in the last two weeks 18 beaches in Auckland were closed due to sewerage contamination but 32 were closed from stormwater overflows.

But the council said the consent was no different to what was happening now.

Council healthy waters department spokeswoman Katja Huls said the region had multiple consents already but they were not consistent.

The consent is required in the unitary plan as a discretionary activity so the council must apply for it, she said.

Ms Huls said any time it rained, stormwater was discharged into the environment, some of which was not treated.

She said the consent did discuss the affect of stormwater on the wastewater network.

"Stormwater can go into the wastewater network and contribute to overflows, but the consent sets targets around this including collaborating with Water Care to manage the overflows."

Council staff are meeting with environmental groups and concerned residents tomorrow to talk to them about the consent process.

People have until 20 March to make submissions on the application.