The defence case for a woman accused of assisting a suicide was all over within an hour in the High Court in Wellington on Wednesday. 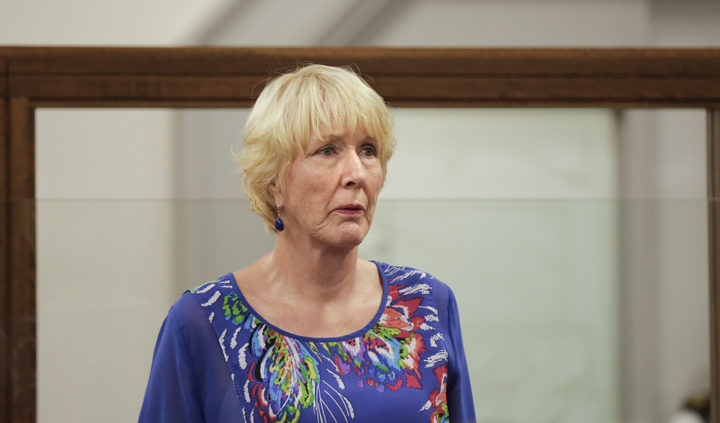 Susan Austen is accused of assisting the suicide of Annemarie Treadwell in 2016 and importing pentobarbitone into New Zealand.

Ms Treadwell's death was not initially considered suspicious, but after a suicide note was found, a post-mortem revealed she had died from pentobarbitone toxicity.

In his opening address Ms Austen's lawyer Doctor Donald Stevens told the jury the charge of assisting a suicide was very rare.

He said for it to succeed the Crown had to prove many elements, including that Ms Austen knew that suicide was contemplated and that she intended helping with that.

Doctor Stevens said the Crown also had to prove that a death occurred as a consequence of that assistance.

However he said Ms Austen was not involved in Ms Treadwell's suicide and she did not give her pentobarbitone intending for that to happen.

"[Her] intention was that Annemarie Treadwell should have the comfort of knowing that she had control over her end of life issues and would have that control because she had the means, if she chose to use them, of ending her life at some point in the future."

Doctor Stevens then produced a statement from Professor Richard Glynn Owens, a psychologist who has done a lot of work on the psychology of death and dying.

In the statement which was read to the jury, Professor Owens said a patient could derive several benefits from knowing they had the means to decide on their own way of dying.

"The option of having aid available in dying may ... give a patient peace of mind and a sense of reassurance, which lessens anxiety and psychological suffering at the end of life.

Professor Owen also said in his statement that knowing they had the ability to control the end of their lives could also mean a patient chose not to die prematurely, instead of waiting until a later time to ingest the life-ending drug, or in some cases, choosing not to ingest it at all.

"The peace of mind they may derive from knowing this option is available may in itself promote the prolongation of life.

"The prospect of a good death seems to confer psychological advantages, such as reduced anxiety, more attention to spiritual considerations and focus on quality of life, all of which may have the effect of extending life."

Professor Owen said research in Oregon showed only 64 percent of patients supplied with life-ending drugs ended their lives by taking them.

"This shows that at the time a patient is prescribed a life-ending drug, it is by no means certain that someone would exercise option of taking a life ending drug."

The Crown and Defence will make their closing addresses tomorrow.