The High Court in Wellington has been told a woman on trial for helping another commit suicide had been importing the drug used in the woman's death for years. 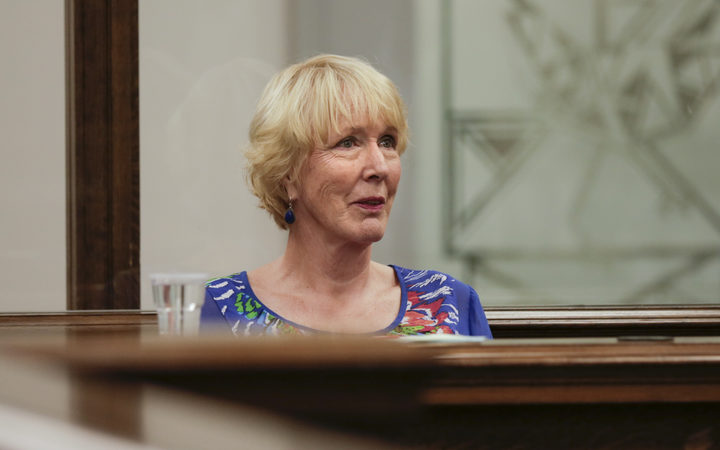 She told jurors they would hear recordings of Ms Austen's phone calls, and from within her home, taken by the police in 2016.

"In particular you'll hear an international exit meeting that took place in Ms Austen's home on the second of October during which she discussed pentobarbitone, which she referred to as her favourite subject . She also discussed how to import it."

Ms Treadwell was planning to take her own life and confided in Ms Austen, who is now on trial for assisting her suicide, the Crown's case says.

About 40 supporters of Ms Austen were gathered outside the High Court at Wellington on Monday morning.

They carried placards saying, 'A peaceful death is everybody's right'. 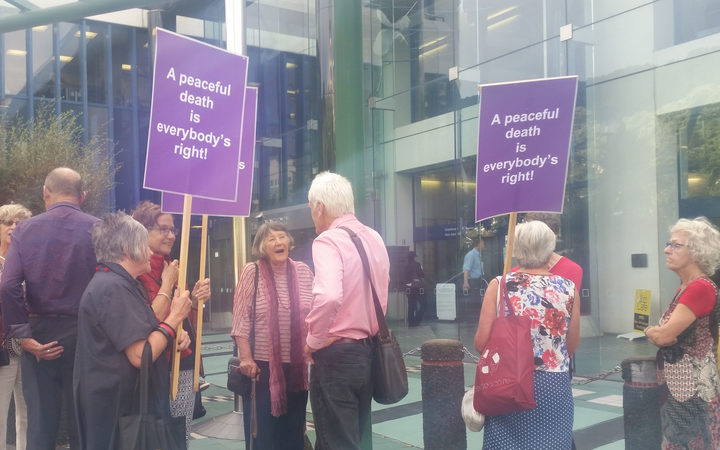 Supporters could be heard cheering when Ms Austen entered the court before the beginning of the trial.

Thirty-one witnesses are expected to appear during the three-week trial, including police officers who attended the scene of Ms Treadwell's death, family, and experts.

Before the jury of five men and seven women was selected, Justice Thomas reminded them to set aside their own views on assisted dying and to focus on the details of the case and the law as it would be explained to them.

In court, Crown laywer Kate Feltham said Ms Treadwell kept a detailed diary and wrote in it that she had spoken to Ms Austen about wanting to take her life and when.

Police surveillance of Ms Austen also revealed the times she had purchased pentobarbitone, and given advice to Ms Treadwell about how to get it, Ms Feltham said.

Ms Treadwell suffered depression and chronic pain from arthritis when she died in 2016, but not from a terminal illness.

She was living in the Rita Angus retirement home in Kilbirnie when she died, and was found by her daughter Veronica Mansfield, who had spent the afternoon with her just the day before, Ms Feltham told the jury.

When her death was reported police did not think it was a case of suicide, but a note was found, and an autopsy revealed she had taken pentobarbitone.

Ms Treadwell's daughter Veronica Mansfield told the court her mother had said she wouldn't live to see another winter.

As she spent time with her mother the night before, she told Ms Mansfield she was going to commit suicide that night, but she had not mentioned the method.

Ms Treadwell told her daughter about the meetings, but Ms Mansfield said she didn't want to know.

"She was interested because it was something she wanted to do. She said she wanted to choose when and how she would die or leave the world," she said.

Her mother had severe arthritis that had been causing her pain since she was in her 50s.

It got to the point she had difficulty making her bed, and the arthritis in her feet meant her daily walks got shorter.

When being questioned by Donald Stevens, Ms Austen's defence lawyer, Ms Mansfield agreed her mother had lived a full life.

Mr Stevens read part of the note left by her mother, which said she was totally ready to die.

"I have been responsible for my adult life, and take full responsibility for my death. I'm 77, I'm content with what I've achieved and been given in my life, and I'm very grateful."

Ms Treadwell met Ms Austen through Exit International, an organisation that advocates for euthanasia. Ms Austen was the chair of the Wellington chapter.

At her first court appearance in October 2016, Ms Austen only faced the drug charges. The charge of assisting suicide was added in April last year.