Murder accused Sainey Marong has given a gruelling account of the moment he strangled a Christchurch sex worker. 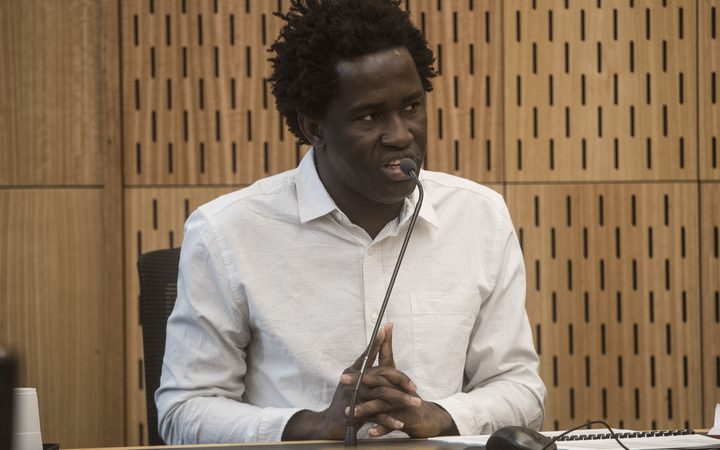 He was giving evidence in his own defence at the High Court in Christchurch where he is on trial for the murder of 22-year-old Renee Duckmanton in 2016.

While he does not deny killing Ms Duckmanton, Mr Marong denies responsibility for the murder charge, claiming he was mentally imbalanced.

Giving evidence today, he talked about his diabetes and how this led to toxins entering his brain and his declining mental health.

He said this caused him to become fixated with sex workers in Christchurch's red light district on Manchester Street, where he would drive to up to 10 times a day.

Asked why he spent so much time visiting websites involving necrophilia, he said this was a sign of his psychosis and how disconnected from reality he was.

Questioned about why he conducted internet searches on how to abduct somebody and how to kill a person with your own hands, he said his online activity at that stage was more like a game.

However, asked if he wanted to kill somebody, he agreed that he did. 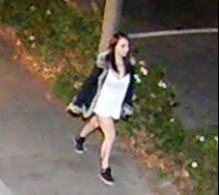 Often talking about himself in the third person, Mr Marong said his mental health was particularly bad the night he picked up Ms Duckmanton for sex.

After paying her $300 to take her to a house and have sex with her, he said she insisted they pull over to the side of the road and have sex in the car instead.

He said after doing this he demanded they proceed to the house as originally planned but she objected and began screaming, asking to be taken back to Manchester Street.

At this point he strangled her, not he said to kill her, but to shut her up.

"I have no motive to cause any harm, I just did that to shut her [up]."

The trained butcher said it wasn't until the following morning, after he had been driving around with Ms Duckmanton in his back seat, that he realised she was dead.

"Her mouth and eyes were open. It reminds me of the animals that normally get slaughtered at my workplace so that's how I knew ...she wasn't alive."

Holding back tears, Mr Marong detailed the moment it came to him that he would have to burn Ms Duckmanton's body.

"There was a lighter beside her [Ms Duckmanton] so because I was able to remember that, it comes to my mind I will have to set her on fire."

It wasn't until he visited a friend's house for dinner, seven days later, that it finally sunk in what he had done.

"That was when I shed tears ...that's when I did comprehend I took a human life."

During cross examination, crown lawyer Pip Currie said his actions were premeditated and that he was in control.

She said this continued after the killing when he cleaned his car to remove DNA evidence and carried out internet searches on whether setting a body on fire removed DNA evidence.