Former US Secretary of State Hillary Rodham Clinton is promising to provide her personal insights into the 2016 US presidential election when she visits New Zealand in May. 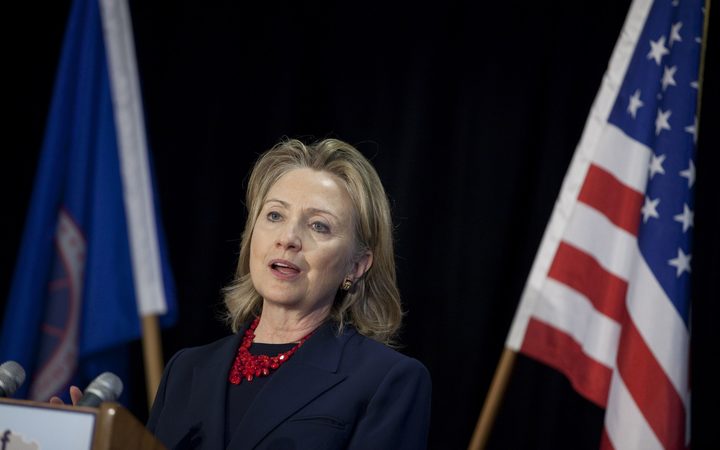 Hillary Clinton during her previous visit to New Zealand in 2010, when she served as US Secretary of State. Photo: AFP

Ms Clinton is scheduled to speak at an event in Auckland.

'An Evening with Hillary Rodham Clinton' will take place on Monday 7 May.

A press release said she would give a "candid account" of what happened in US politics during the presidential election.

Ms Clinton will also speak in Melbourne and Sydney later that week.

She last visited New Zealand in 2010, while serving as secretary of state.