Arthritis and depression tormented a woman whose death led to charges being laid against a Wellington euthanasia advocate, her son says. 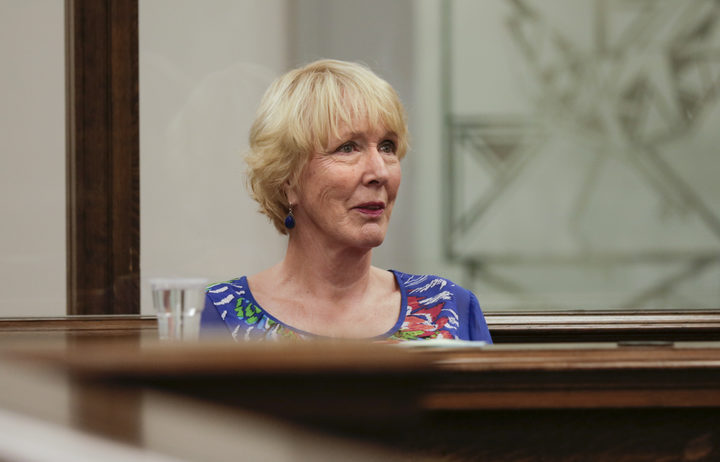 Susan Austen is on trial at the High Court in Wellington. Photo: RNZ / Rebekah Parsons-King

Susan Austen is on trial at the High Court in Wellington accused of helping Anne Marie Treadwell commit suicide in 2016, and of importing the class-C drug she used to do it - pentobarbitone.

Ms Treadwell died as a result of an overdose of the barbiturate.

Annemarie Treadwell's son, Andrew Mansfield, told the court he did not have a good relationship with his mother in the last six or seven years of her life.

He said they had been close when he was a teenager, but they later became distant because of his mother's frequent travel and by the time he was in his 30s the relationship had become worse.

Mr Mansfield told the court he would try and telephone his mother once a month and she would send emails and write on his childrens' birthdays.

His mother had come to New Zealand from Holland when she was young, he said.

She was adopted, but reconnected with three full-blooded sisters in her 30s, which Mr Mansfield said raised several issues for her and he did not think she ever really recovered from that experience.

"She was desperately trying to connect with people, but it never quite worked as she wanted and she began to turn in on herself and became very bitter about it.

"In the last few years she seemed so tormented; just being in the room with her was so difficult for me and for her as well."

"She seemed tormented and in her own world in terms of the pain she was feeling inside. She was clearly out of sorts.

"She was twitchy and really angry and aggressive at times, not necessarily with the people around her, but at her state in the world and she was very angry at how she had got to that point.

"I feel very bad about it now. I think to a large extent I just checked out and found it all too much."

Mr Mansfield said his sister told him of their mother's plan to take her own life and he came to visit her a month or two before she died.

He did not believe in euthanasia and tried to encourage Ms Treadwell to do things she liked, such as riding her bike, but it did not seem to work, he said.

"I got a sense things weren't good. She was really out of whack and it was a very difficult meeting looking back.

"She was very out of sorts and I was trying to connect and say it was okay, but by that point she'd shut down."

Mr Mansfield said even now it was surreal to think his mother was sharing information about the planned date on which she would take her life.

A police officer has also read to the court a series of emails between Ms Austen and others regarding sourcing drugs from overseas.