New research estimates the great white shark population in Australasian waters has dwindled to about 2000. 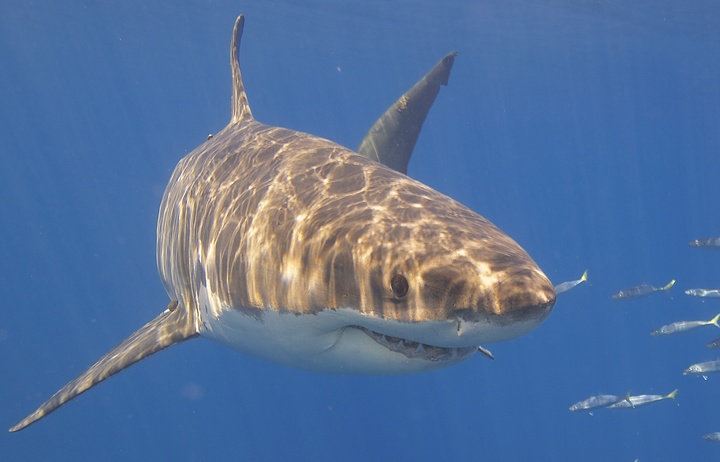 The genetic analysis of the species, which migrates between New Zealand, Australia and the southwest Pacific islands, has made the estimate possible.

Estimating the populations of large sharks is difficult because the tools normally used, such as trawling and acoustic surveys or tag-and-recapture experiments, don't work well for them.

The total number of adults in the eastern population, which includes New Zealand is estimated to be about 750.

Including juvenile sharks, there's an estimated total population size of just over 5400.

"This new information shows how vulnerable the species is.

"The main threats to white sharks in New Zealand waters are through accidental by-catch in fisheries, particularly for small juvenile sharks on long lines and adults in set nets," he said.

At present, the species is classed as declining in New Zealand waters.

Great white sharks are currently protected in New Zealand waters and if people accidentally catch one they must release it immediately alive and unharmed, before notifying DOC.