A radical scheme to extend solar energy in South Australia is being applauded as a good example for New Zealand. 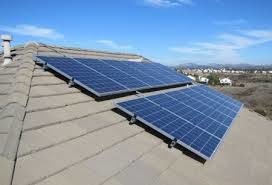 At least 50,000 homes will be given solar panels and batteries to create a virtual power plant.

The community will share the power, so that when one household does not need it, electricity is freed up for another household that does.

Brendan Winitana of the Sustainable Electricity Association said this could be even more useful in New Zealand.

"The biggest issue I think is resilience, if we take the recent events with earthquakes, power generation, well it has been an issue. Doing this using virtual power plants adds to increasing the resilience factor for New Zealand."

Mr Winitana said the scheme works best when applied to one suburb with connections to a neighbouring suburb.