The massive fire on the Chatham Islands may take several more days to contain, Fire and Emergency says. 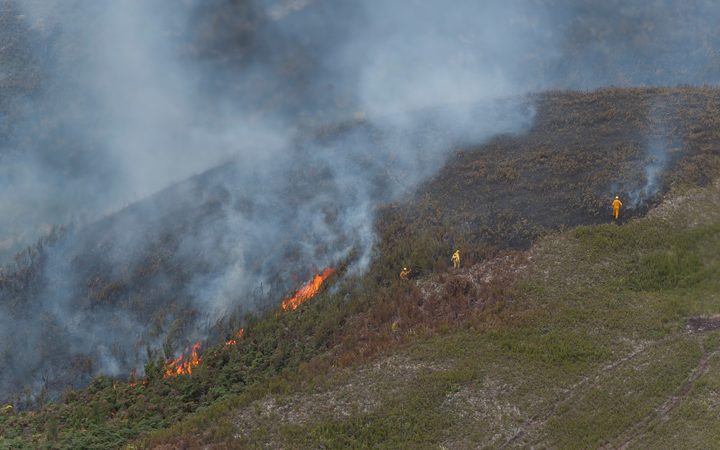 The fire broke out on Thursday and has burnt through around 3000 hectares.

Principal Rural Fire Officer Craig Cottrill said he expected it to be fully contained in the next day or two, but it could take two weeks until it was completely extinguished.

Department of Conservation staff were helping Fire and Emergency crews to secure the boundary of the fire, which was about one kilometre from conservation land.

One fire investigator was already at the scene, and another was expected to arrive tomorrow to start a thorough investigation.