Helicopters have started work to extinguish a large fire on Chatham Island after more resources were sent over today. 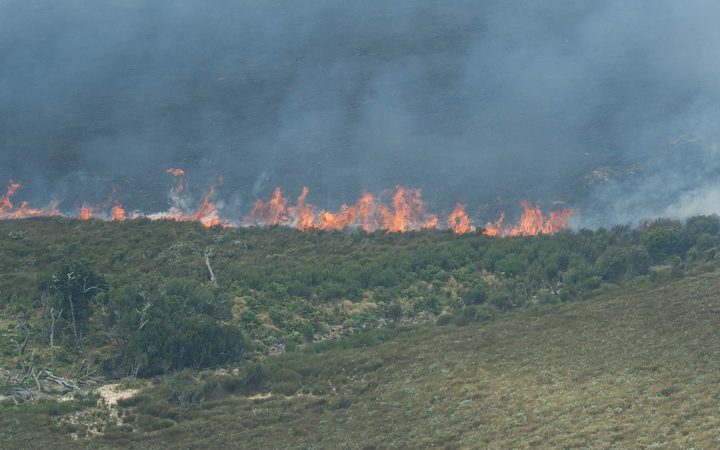 The fire - south of Waitangi Wharf - started on Thursday and has burnt through more than 2000 hectares.

Nineteen homes along Owhenga Road were evacuated overnight as a precaution but residents were allowed to return home this morning.

Principal rural fire officer Craig Cottrill said the fire was in the process of being contained.

Three helicopters and two specialist rural firefighting crews have flown across from the mainland.

Mr Cottrill said tomorrow would be the first big day tackling the blaze from the air, and it could take some time.

"The guys that went out today, I told them 'you can expect to be out there for up to two weeks but it depends on ... weather conditions."

"Cooler temperatures and rain have eased conditions today, and we do not expect to evacuate any residents, even as a precaution, as was done last night." 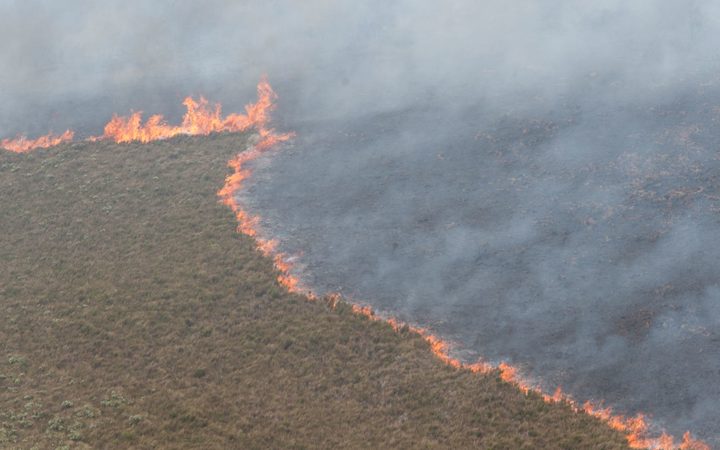 A Royal New Zealand C-130 took a number of pictures of the bush fire to provide New Zealand Fire and Emergency with information about what would be required to subdue the blaze. Photo: Supplied / New Zealand Defence Force

Department of Conservation operations manager Chatham Island Dave Carlton said at this stage the fire has not burnt into any conservation land, although there was still the risk it could.

"The fire does not pose a risk to threatened native species such as the Chatham Island taiko, and is well away from the J M Barker (Hapupu) National Historic Reserve where the Moriori tree carvings, rakau momori, are found."

Chatham Islands is an archipelago in the Pacific. About 600 people live on two of the 10 islands that make up the Chathams and rely on conservation, tourism, farming and fishing.

Our first crew of firefighters are currently on their way to assist with the fire on Chatham Island. pic.twitter.com/Wi9WVp42Ft