An imminent rise in many public transport fares in Auckland is expected to slow customer growth by 600,000 trips over the next year. 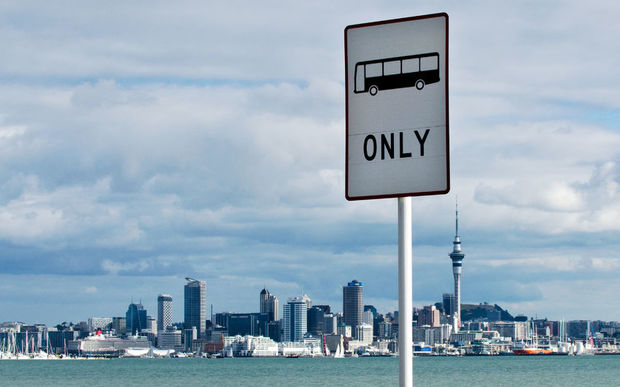 Auckland Transport partly blames the government's current funding regime, which makes it hard to significantly improve services due to a funding gap as the pace of growth outstrips the ability to pay for infrastructure. The council agency has also defended a $1 million campaign, to market its public transport system.

Auckland Transport's board decided on the increases last October, but declined to reveal them until January.

A board paper released to RNZ shows the increase will raise $2.7 million, but modelling shows it will lead to 600,000 fewer trips taken than would otherwise have occurred.

Tertiary students, children, and those travelling in zones 1, 2 and 4 are the most affected. Reasons for the expected drop in patronage include rising costs, estimated by the New Zealand Transport Agency at 2.4 percent for bus operators, and pressure from a government policy called 'fare box recovery' - which requires local bodies to recover about half of service costs from ticket prices.

Auckland Transport is trying to stay within a 47-50 percent cost recovery range, but said that posed challenges to make big steps forward in service levels.

"There's a lag between the investment in services and then the growth in passengers to increase that farebox recovery, so it does fluctuate. As you increase service levels your farebox ratio will drop until such time as the patronage grows into that capacity," AT public transport service delivery manager Colin Homan said.

For example, the overhaul of the city's bus network boosts the distances covered by 33 percent, but patronage is going up by only six percent a year.

However, AT expects for every trip not taken because of higher fares, six or seven extra trips will be taken by newcomers to public transport, taking annual journeys past the 90 million mark.

An AT report released three months after the fare rise decision was made shows a funding deficit for public transport had been expected to reach up to $30 million next year.

Most of that has since been pruned, for example by reducing the frequency of some planned new bus services.

"If we're going to get more investment into public transport from a public purse perspective then the 50 percent farebox recovery ratio target would have to change, at least in the short term even if it's a very good medium term target to achieve - so I think it will be reviewed over the next year or two, I would guess," said Mr Lambert.

Minister of Transport Phil Twyford would not be interviewed, but in a statement said farebox recovery would be looked at in the future.

In the bid to boost patronage, AT plans to spend $1 million this year marketing its services - nearly a third of the expected revenue boost from the fare rise, but less than it spent last year.

Mr Lambert was confident that marketing, alongside the service improvements, would attract new users.

The city's $100 million AT HOP travel card system has yet to fully strut its stuff, with a relatively limited number of discounted fares compared with similar overseas systems.

There also no sign yet of cheap off-peak fares, or caps, which would allow unlimited use for a maximum price per day or week.

Mr Homan said that could still be two years or more away, and the priority was to bed in the new bus network and see how it was working.

Combination fares linking ferry trips with bus or train legs could be in place next year.